New Zealand beat India by four wickets in the second T20I to take an unassailable 2-0 lead in the three-match series. 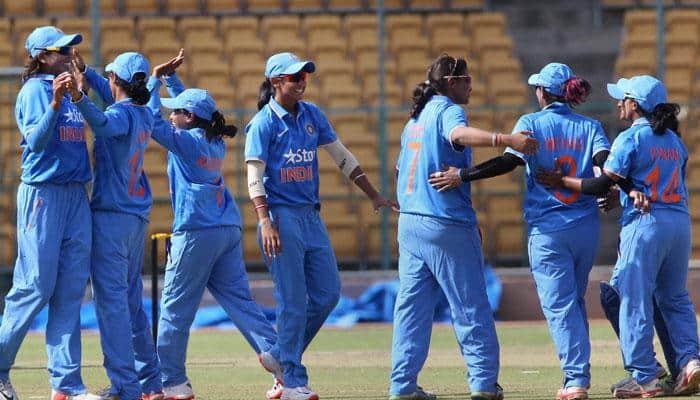 Indian women's team captain Harmanpreet Kaur on Friday admitted that New Zealand women deserved to win the T20 International series, but added that her "young" side gave a tough fight learned valuable lessons from the defeat.

New Zealand beat India by four wickets in the second T20I to take an unassailable 2-0 lead in the three-match series. The third match on Sunday in Hamilton has now been rendered inconsequential.

"No doubt, New Zealand played better cricket than us and so they won. But I am not disappointed that we lost the series. We are here to play good cricket and we did that. We played really well, especially the bowlers," Harmanpreet said after the match.

"We were defending 130-odd and it was difficult for the bowlers. They bowled really well and took the match to the last over. Overall, we played good cricket."

She said it was a learning curve for a lot of players in the team.

"We did not win the series but more than winning and losing, we learned a lot. We have a very young squad, there are very few players who have played more than 30 matches. Most of the players have played less than 10 T20I matches. It is a good learning process for us," said the 29-year-old batswoman.

"We are building a team. Today, we may be facing difficulties but in the future, we will do well as the young players gain experience. I think the future is good for the team and results will follow."

The Indian women won the ODI series 2-1 but Harmanpreet said T20 was a totally different format and the inexperience of her players showed.

"It (T20) is a totally different format. In ODIs, you can come back even if you do make a mistake. But in T20, you have very less time to think about that. You have to be always on your toes," she said.

"But as I said we are a young side and we are not disappointed (by the loss). We have learned a lot from this series, "Harmanpreet signed off.

We learned from our mistakes in Wellington T20I against New Zealand: Rohit Sharma