Here’s how Pakistani media reacted to India’s victory against Pakistan at Old Trafford stadium in Manchester during the ICC World Cup 2019: 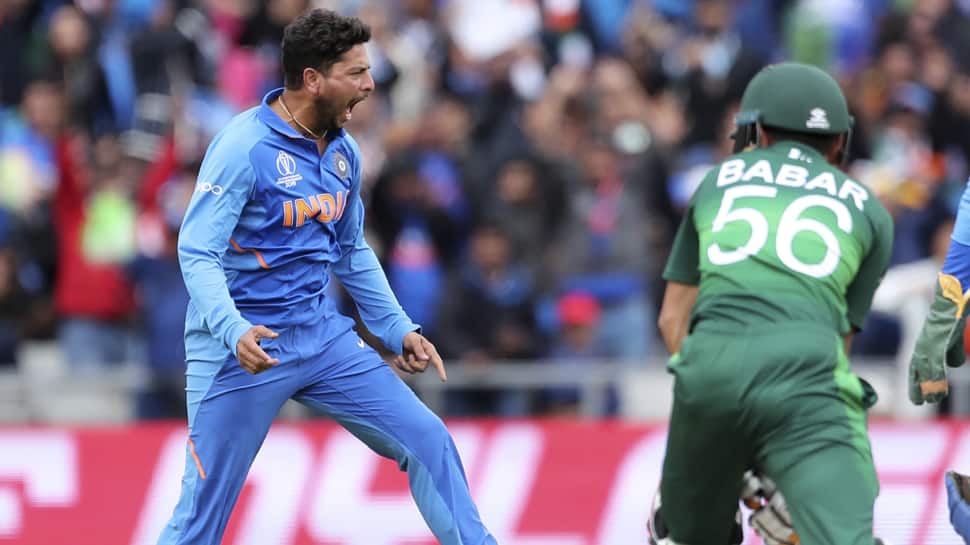 India on Sunday thrashed Pakistan yet again in a World Cup cricket match. Powered by Rohit Sharma’s ton, India set a mammoth target of 337 for Pakistan by scoring 336 for the loss of 5 wickets, and went on to win the match with 89 runs under the Duckworth-Lewis method.

The dismal performance by Sarfaraz Ahmed’s boys have not gone down well with Pakistani fans and media, who have lashed out at the team for disappointing them yet again.

Here’s how different reports in Pakistani media reacted to India’s victory against Pakistan at Old Trafford stadium in Manchester during the ICC World Cup 2019:

A report in Pakistan-based Dawn News said that the Men in Green “were never truly up with the rate”. Bowling, which has been a strong forte of Pakistan historically, was criticised by Dawn News. According to the report, no Pakistan bowler except Mohammad Amir bowl the right length to the Indian opening batsmen.

It further said that the short of length deliveries by Pakistani bowlers “played to the strengths” of KL Rahul and Rohit Sharma. The report also referred to a reprieve that Rohit Sharma earned early in the match as there was a mix up between the two openers. It said that Fakhar Zaman’s “wayward throw earned Sharma a reprieve early on when he could have been run out”.

Though the report lauded Mohammad Amir for maintaining a steady line and length, it pointed how the bowler was “way off with his follow through, receiving two warnings from the umpire for walking on to the danger area of the pitch”.

According to The Express Tribune, “Pakistan have failed to perform in accordance with expectations”. The report further pointed to an unwanted record set by the Pakistani squad.

It says that Pakistani team had not conceded any 100 plus opening partnership in as many as 37 matches across six world cups, but in the ICC World Cup 2019, it had conceded two against their name already.

While the first 100 plus partnership was between David Warner and Steve Smith of Australia, the second was between Rohit Sharma and KL Rahul during clash against India.

The report in Geo News expressed concern about the abysmal net run rate of Pakistan and the bleak chances of the team making it to the semi finals of the ICC World Cup 2019. It mentioned that Pakistan could reach the final four only if the other teams in the race would “falter” or their matches be washed out. “Basically, the team’s destiny will no longer be in their own hands,” said the report.