With the win, Australia lifted their record-extending fifth title at the Women's T20 World Cup. 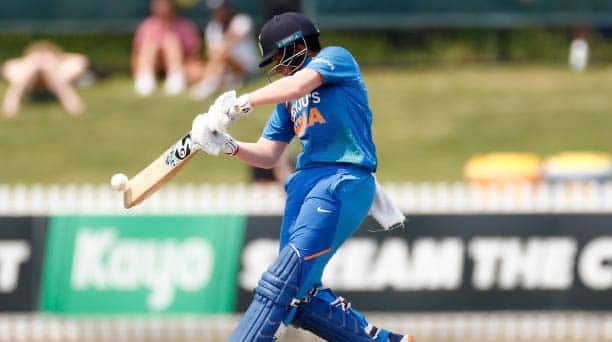 Indian skipper Harmanpreet Kaur on Sunday said that Shafali Verma struggled to bounce back from dropping Australian opener Alyssa Healy but refused to blame the young batter for the Women in Blue's 85-run defeat in the final of the International Cricket Council (ICC) Women’s T20 World Cup at the Melbourne Cricket Ground (MCG).

India, playing in their first Women’s T20 World Cup final, had no answer to Alyssa Healy (75) and Beth Mooney (78 not out) before folding to 99 all out at the hands of seamer Megan Schutt and spinner Jess Jonassen. Australia posted a huge target of 185 runs for the first-time finalists.

Shafali, who ends with the highest strike rate of any batter to face more than 50 balls at the event, dropped Healy on nine in the first over and only made two in the reply.

But this setback will only serve as a learning experience in the eyes of the India captain.

“She’s only 16, she’s playing her first World Cup. She did really, really well and performed for us. For a 16-year-old kid, it’s difficult to keep thinking positively and stay in the game. It’s a learning lesson for her but it could happen to anyone. We can’t blame her because there were others also in her position," the ICC press release quoted Kaur as saying.

“We gave chances to batters in great form and it's difficult for bowlers to come back when that happens.We weren’t feeling under pressure but unfortunately we were unable to create those chances.It’s a lesson for all of us, we have to be at 100 per cent when we’re fielding because that’s the most important part of cricket," she added.

India came into the tournament with one of its youngest squads, and became the first team to field more than one teenager in the tournament’s summit showdown.

It’s a youthful energy that bodes well for the future for Kaur’s side, with plenty of new faces since their ICC Women’s Cricket World Cup 2017 defeat to England.

On that occasion, just nine runs separated India from the title – with the lack of clinical cricket this time around making defeat slightly easier to swallow for the skipper.

“I guess 2017 was more disappointing, because that was so close.We didn’t play the cricket we expected of ourselves this time.
As our team is quite young, we did really well in the league games. We reached the semis and the Final this year. If we keep working and improving, maybe in the future we can win," Kaur said

“There was still excitement. It was a great day, we definitely enjoyed it. Winning and losing is part of the game, one team has to do both. At the end of the day, it was a great moment for us.We didn’t field well, we need to learn from today’s performance. When you are playing a great level of cricket, you cannot drop the chances and we were not up to the mark.We will take this seriously and when we come to play next time, we will be one of the best fielding sides," she concluded.

With the win, Australia lifted their record-extending fifth title at the Women's T20 World Cup. Meanwhile, it was the hosts sixth consecutive appearance in the summit showdown of the prestigious tournament.