Sri Lanka's 20-run win over England had breathed life into their inconsistent campaign but a painful defeat against South Africa, in the very next game, hurt their semifinals chances. 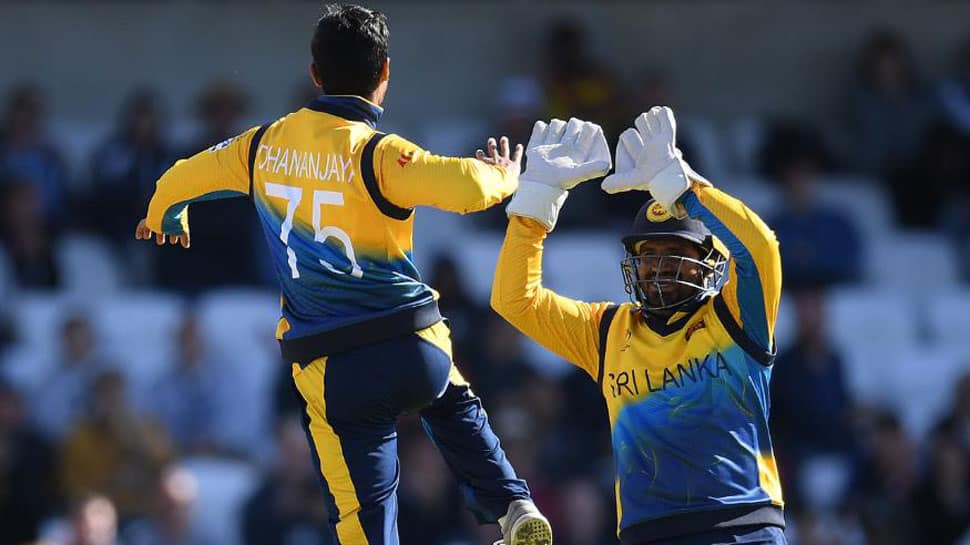 Chester-le-Street: With pride left to play for, Sri Lanka will aim to give their best shot against West Indies in their World Cup encounter, here Monday.

Sri Lanka's 20-run win over England had breathed life into their inconsistent campaign but a painful defeat against South Africa, in the very next game, hurt their semifinals chances.

The 1996 champions, are placed seventh in the points table with six points from seven matches.

In their nine-wicket loss to South Africa, their inconsistent batting came to the fore yet again and skipper Dimuth Karunaratne would look to improve on that aspect against a challenging West Indian bowling attack.

With their batting unit misfiring more often than not, the onus to secure favourable results has always been put on the experienced bowling attack, led by veteran speedster Lasith Malinga. And with Nuwan Pradeep's exit (due to chickenpox), Sri Lanka will rely heavily on their bowling spearhead once again.

The Jason Holder-led side, on the other hand, will look to finish on a high after being knocked out of the tournament.

West Indies came into the tournament, tipped as a potential surprise package, especially after scoring 421 in a warm-up victory over New Zealand. They also started their World Cup campaign with a bang, demolishing Pakistan by seven wickets.

But since then, things have gone from bad to worse for the Caribbeans. They have suffered five defeats. Though they have been impressive in parts, the side has failed to hold on to their nerves in tight games and ended up enduring heartbreaking losses.

They currently occupy the penultimate spot just above Afghanistan on the points table, having crashed out of the semi-final race. But with nothing to lose, the West Indies will be playing for pride and could be unstoppable if their destructive batting line up, comprising power hitters like Chris Gayle, Carlos Brathwaite and Shai Hope, clicks.

"We had some frank discussions about the World Cup that we've had and we'll try to finish the tournament as a strong unit now," West Indies head coach Floyd Reifer had said after the loss to India.

"We are still playing for pride, we know that. People back home in the Caribbean are backing us and we are representing them here."

The Riverside Ground produced a sluggish surface in Sri Lanka's nine-wicket loss to South Africa. Durham is expected to have clear skies on Monday, with extremely low chances of rain.