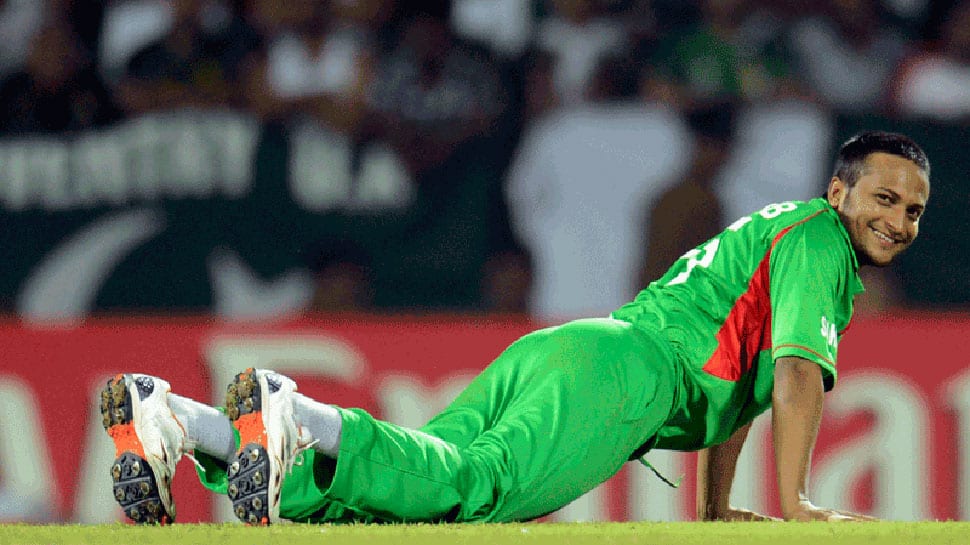 Shakib Al Hasan pulled back his 24th ODI century while Liton Das well-supported him with a fifty as Bangladesh seal a seven-wicket win over West Indies in the 23rd match of the 2019 International Cricket Council (ICC) World Cup at the County Ground in Taunton on Monday.

After Mashrafe Mortaza won the toss and opted to field first, the West Indies posted a formidable score of 321 for eight in their stipulated 50 overs, thanks to a huge partnership of 116 runs between opener Evin Lewis (70) and wicketkeeper-batsman Shai Hope (96) for the second wicket. Shimron Hetmyer was another notable contributor for the Caribbean side with a 26-ball 50.

Let us take a look at highest run-scorers and wicket-takers after West Indies vs Bangladesh match:

Shakib's blistering ton saw him reclaim his numero-uno spot in the list of highest run-getters of the ICC World Cup 2019.
He has amassed a total of 384 runs in four innings he has played so far for Bangladesh.

Australian skipper Aaron Finch occupies the second position with a total of 343 runs in five matches.

Indian opener Rohit Sharma, who briefly surged up to the second spot from ninth position after scoring 140 runs against Pakistan, has dropped to the third position. He has scored 319 runs in three matches he played for the Men in Blue in the ongoing mega event.

Australian opener David Warner and England batsman Joe Root are placed at the fourth and fifth spot with 281 and 279 runs, respectively from five and four innings.

Mohammad Amir continues to stand at the top spot in the list of highest wicket-takers with 13 wickets to his name from four innings.

Starc's teammate Pat Cummins is placed at the third spot with 11 wickets from five innings, followed by England's Jofra Archer with nine wickets from four matches.

Mohammad Saifuddin's three-wicket haul during the clash against West Indies saw him dethrone New Zealand's Lockie Ferguson to stand at the fifth spot. He now has nine wickets from four matches.