Mohammad Shami scalped a four-wicket haul, including a hat-trick in the last over, to guide India to a narrow 11-run win over Afghanistan in a nerve-racking 28th match of the International Cricket Council (ICC) World Cup 2019 clash at the Rose Bowl Cricket Ground in Hampshire on Saturday. 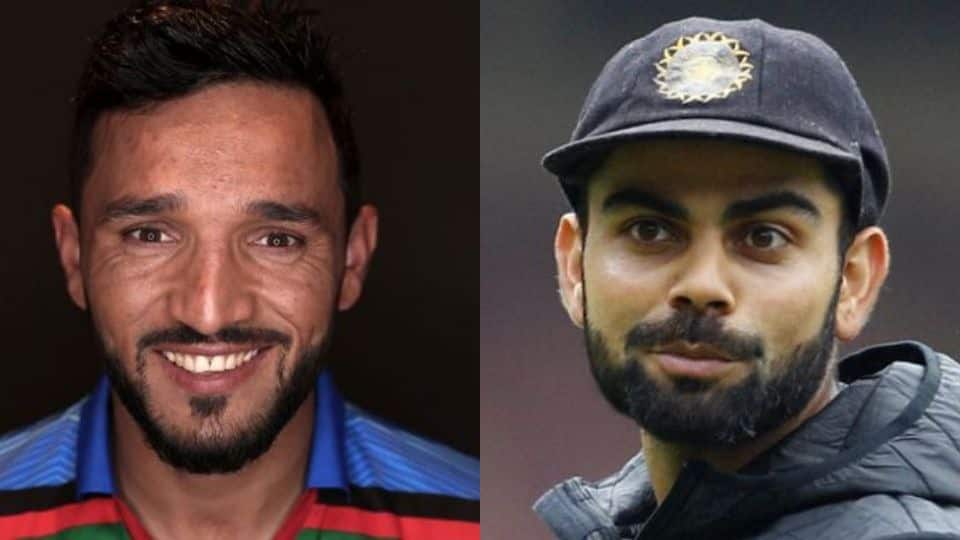 Mohammad Shami scalped a four-wicket haul, including a hat-trick in the last over, to guide India to a narrow 11-run win over Afghanistan in a nerve-racking 28th match of the International Cricket Council (ICC) World Cup 2019 clash at the Rose Bowl Cricket Ground in Hampshire on Saturday.

Opting to bat first, skipper Virat Kohli (67) and Kedar Jadhav (52) scored half-centuries under pressure as Afghnistan bowlers staged a strong fight against India to restrict them to a paltry score of 224 for eight in their stipulated 50 overs.

Gulbadin Naib and Mohammad Nabi took two wickets each while Aftab Alam, Mujeeb Ur Rahman, Rashid Khan and Rahmat Shah also contributed with a wicket each.

Chasing a historic victory, Mohammad Nabi frustrated the India bowlers with his 55-ball 52 before Mohammad Shami pulled back a hat-trick help the Men in Blue bundle Afghanistan out for 213 in 49.5 overs.

Shami finished with the figures of four for 40 while Jasprit Bumrah, Yuzvendra Chahal and Hardik Pandya also bagged two wickets each.

Australian opener David Warner continues to maintain the numero-uno position in the list of the highest run-getters of the 2019 ICC World Cup. He has notched up a total of 447 runs in six matches he has played for the Aaron Finch-led sid in the ongoing edition of the quadrennial event.

Bangladesh all-rounder Shakib Al Hasan is standing at the second spot with a total of 425 runs from five innings he has played so far.

Shakib is being closely followed by England batsman Joe Root, who is just one run short of the Bangladesh batsman with 424 runs from six innings.

Williamson's 148-run knock against West Indies saw him take his tally to 373 runs from five matches. Sharma, who was dismissed cheaply for one run during the Afghanistan clash, is now standing at the sixth position with 320 runs from four innings.

England fast bowler Jofra Archer, who bagged a three-wicket haul against Sri Lanka to dethrone Australia's Mitchell Starc at the top spot in the list of highest wicket-takers on Friday, continues to lead the list with 15 scalps from six matches.

Starc is standing at the second position with 15 wickets from six matches after conceding more runs than Archer, ahead of  akistan pacer Mohammad Amir who has claimed 13 wickets in his tally from four games.

New Zealand fast bowler Lockie Ferguson has dethroned England bowler Mark Wood at the fourth spot after bagging two wicket against West Indies. He has bagged a total of 13 wickets from five matches at the time of filing of this report.