Imran Tahir is now South Africa's leading wicket-taker in the ICC Cricket World Cup, with his two wickets against Pakistan increasing his tally to 39, one more than Allan Donald's 38. 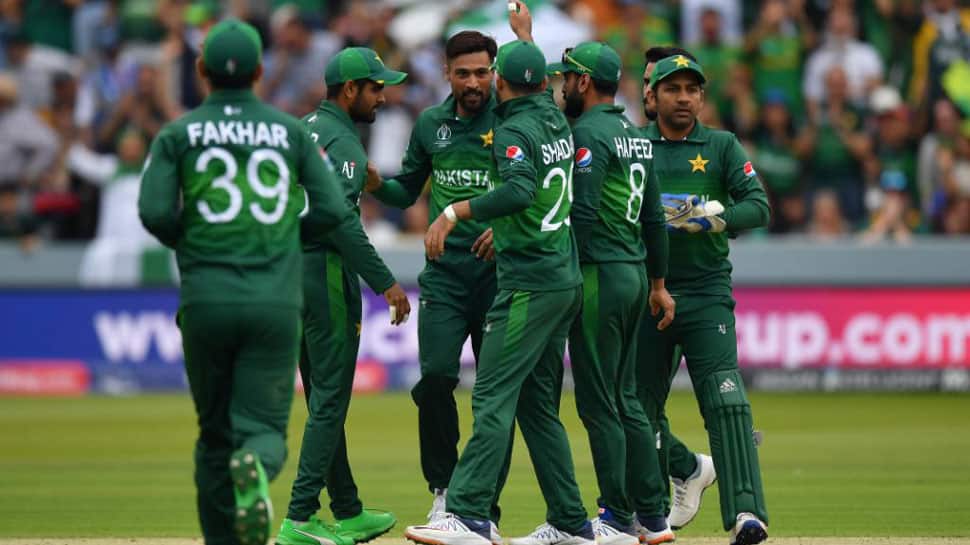 Pakistan are still alive in the race for the semi-finals of the ICC Cricket World Cup 2019 after defeating South Africa by 49 runs in match 40 of the tournament on Sunday.

The clash which took place at the Lord's, London saw Pakistan skipper Sarfaraz Ahmed opt to bat after winning the toss.

Pakistan openers Fakhar Zaman and Imam Ul-Haq got the side off to a good start scoring 81 runs in 14.5 overs. However, veteran Imran Tahir dismissed the duo soon after with Mohammad Hafeez departing for just 20 soon after.

Babar Azam and Haris Sohail went about rebuilding the chase at this stage with a partnership of 81 runs. The latter continued to score at a consistent rate following the dismissal of Azam, stitching a crucial partnership with Imad Wasim.

Pakistan posted a total of 308 runs for the loss of seven wickets in 50 overs. Haris Sohail was the highest run-scorer with 89 runs off 59 deliveries while Babar Azam contributed 69.

Lungi Ngidi was the highest wicket-taker for South Africa with three wickets while Imran Tahir chipped in with two wickets.

In reply, South Africa lost opener Hashim Amla for 2 as Mohammad Amir struck with the first delivery of his spell. Skipper Faf du Plessis and Quinton de Kock helped the Proteas recover with a partnership of 87 runs.

However, they failed to sustain the momentum with Quinton de Kock dismissed for 47. The Pakistan bowling attack took advantage of the wicketkeeper batsman's dismissal to continue picking wickets at regular intervals.

The Proteas eventually posted a total of 259 runs in their allotted 50 overs, with the defeat knocking them out of the ICC Cricket World Cup 2019.

# Imran Tahir is now South Africa's leading wicket-taker in the ICC Cricket World Cup, with his two wickets against Pakistan increasing his tally to 39, one more than Allan Donald's 38.