The 31st match of the 2019 ICC World Cup will be played between Bangladesh and Afghanistan on Monday. 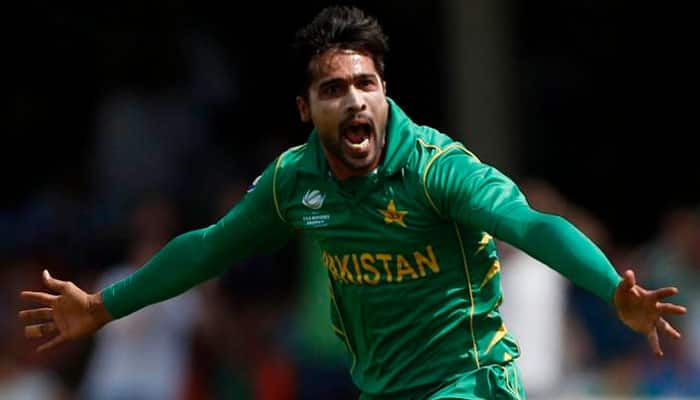 Haris Sohail pulled back a quick-fire knock of 89 before bowlers produced a brilliant performance to help Pakistan successfully defend their total and seal a 49-run win over South Africa in the 30th match of the 2019 International Cricket Council (ICC) World Cup at the Lord's in London on Sunday.

Opting to bat first, Pakistan openers Imam-ul-Haq and Fakhar Zaman gave a good start to their side with an 81-run opening stand before Sohail not only brought up a 59-ball 89 but also stitched 81-run with Babar Azam (69) to guide their side to a formidable score of 308 for seven.

For South Africa, Lungi Ngidi finished with the figures of three for 64, while Imran Tahir removed the two openers to become the country's leading wicket-taker in the history of the World Cup with 39 wickets.

In reply, Wahab Riaz (three for 46) and Shadab Khan (three for 50), Mohammad Amir (two for 49) and Shaheen Shah Afridi (one for 54) all shone with ball to restrict South Africa to a score of 259 for nine in their stipulated 50 overs and keep Pakistan's semi-final hopes alive. Skipper Faf du Plessis was the highest scorer for South Africa with 63-run knock while Quinton de Kock and Andile Phehlukwayo also contributed with 47 and 46 runs, respectively.

Let us take a look at the list of players with most sixes, fours, best batting average and best bowling figures after Pakistan vs South Africa match:

England skipper Eoin Morgan is comfortably sitting at the top of the list of players with most sixes in the ongoing 2019 edition of the ICC World Cup. Morgan, who created a world record of most sixes by a batsman in an ODI inning when he smashed 17 maximums in England's clash against Afghanistan, leads the list with a total of 22 sixes from five innings he has played so far.

Australian skipper Aaron Finch and West Indies swashbuckling batsman Chris Gayle are standing at the second and third positions with 16 and 10 sixes, respectively.

Bangladesh all-rounder Shakib Al Hasan occupies the numero-uno spot in the list of players with the most number of fours to their names in the ongoing cricket's showpiece event. He is leading the list with a total of 47 boundaries from five matches he has played so far.

New Zealand captain Kane Williamson continues to hold the record of best batting average in the 2019 ICC World Cup. He has notched up a total of 373 runs from four innings he played at a brilliant batting average of 186.50. Bangladesh's Liton Das and India's Rohit Sharma occupy second and third spots with a batting average of 114.00 and 106.66, respectively.

Pakistan pacer Mohammad Amir's figures of five for 30 against Australia at The County Ground still remain the best bowling figures in the ongoing edition of the mega event.

New Zealand's Jimmy Neesham and Australia's Mitchell Starc are standing at the second and third spots, respectively in the list after bagging the same number of wickets while giving away 31 and 46 runs.

The 31st match of the 2019 ICC World Cup will be played between Bangladesh and Afghanistan on Monday.