Notably, Kohli has appeared in a total of 12 ODIs against Pakistan, amassing 459 runs at an average of 45.90. He also has two centuries and one half-century to his name against arch-rivals Pakistan. 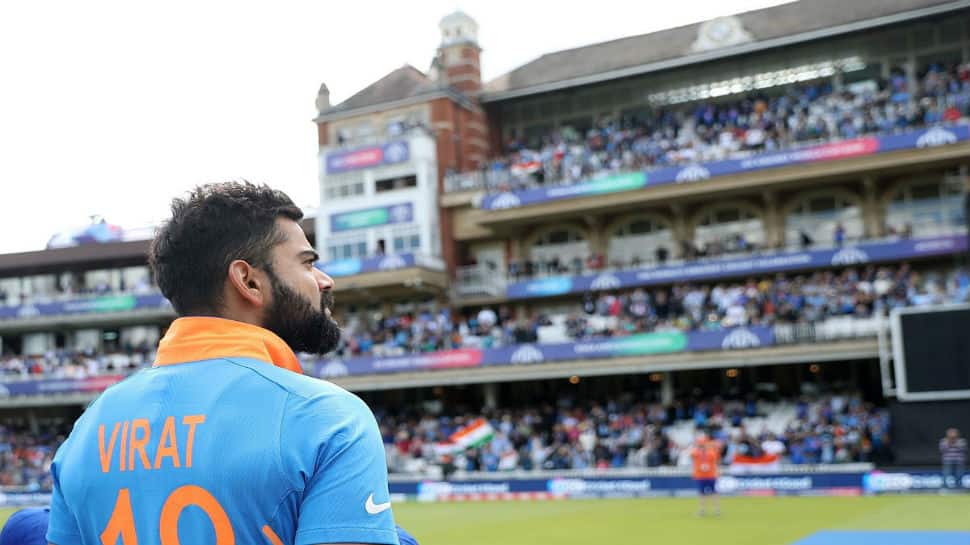 Indian skipper Virat Kohli is on the verge of breaking legendary cricketer Sachin Tendulkar's world record of the fastest player in the history of the game to cross 11,000 run-mark in One Day Internationals (ODIs).

The 30-year-old, who is just 57 runs short of the milestone, had the chance to achieve the feat during the Men in Blue's third clash of the ongoing 2019 International Cricket Council (ICC) World Cup against New Zealand at Trent Bridge in Nottingham on Thursday, but the game was abandoned due to incessant rain.

However, Kohli will now stand on the brink of adding yet another feather on his already illustrious cap when he takes the field during India's high-octane clash against Pakistan of the quadrennial event at the Old Trafford in Manchester on Sunday.

If he manages to cross the mark during his 222nd ODI innings for the Men in Blue, the Indian skipper will become the quickest batsman and only the third Indian after Sachin Tendulkar and Sourav Ganguly to do so. He will also become only the ninth cricketer in the world to reach 11,000 ODI runs.

Notably, Kohli has appeared in a total of 12 ODIs against Pakistan, amassing 459 runs at an average of 45.90. He also has two centuries and one half-century to his name against arch-rivals Pakistan.