Delhi police had placed elaborate barricades on the roads in November last year. 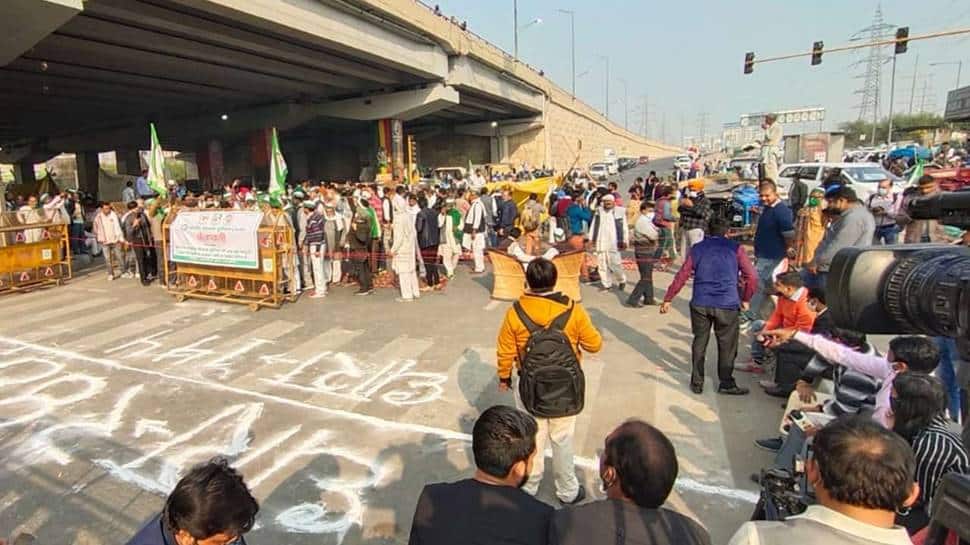 New Delhi: The Delhi-Haryana border at Tikri which has been at the centre of farmers' sit-in protest on Thursday (October 28, 21) can breathe a sigh of relief after the Delhi Police decided to remove the roadblocks.

The police is still in talks with the farmers there and discussions are on about removing the roadblocks atleast from one side. Several barricades have been removed though the road is still closed and traffic has not resumed yet.

A meeting called by Haryana authorities and Delhi Police resulted in an agreement which led to the removal of barricades. However, it may take a few days for the roads to be opened completely for traffic.

“There are plans to open emergency routes at Tikri border (Delhi-Haryana) and Ghazipur border (Delhi-UP) that are blocked due to ongoing farmers’ protest. The barricades placed at the borders will be removed after getting farmers’ consensus,” the Delhi Police was quoted as saying by ANI.

There are plans to open emergency routes at Tikri border (Delhi-Haryana) & Ghazipur border (Delhi-UP) that are blocked due to ongoing farmers' protest. The barricades placed at the borders will be removed after getting farmers' consensus: Delhi Police

On Thursday, three women farmers were killed and two others injured after a truck hit them near the Tikri border in Haryana’s Bahadurgarh. The accident took place at Pakoda chowk, where the women were waiting for an autorickshaw to go to Bahadurgarh railway station.

The move comes amid a hearing at the Supreme Court noting that the traffic disruption in the area was caused by the authorities due to the placement of the barricades and not by the agitators.

Delhi Police had placed barricades on the roads, complete with giant nails and huge concrete blocks, following news of thousands of farmers converging on various border crossing points around the national capital in November last year to protest the three farm laws.