According to the System of Air Quality and Weather Forecasting And Research (SAFAR), the level of PM 2.5 and PM 10 in the air at 7.40 am stood at `poor` and `moderate` levels, respectively. 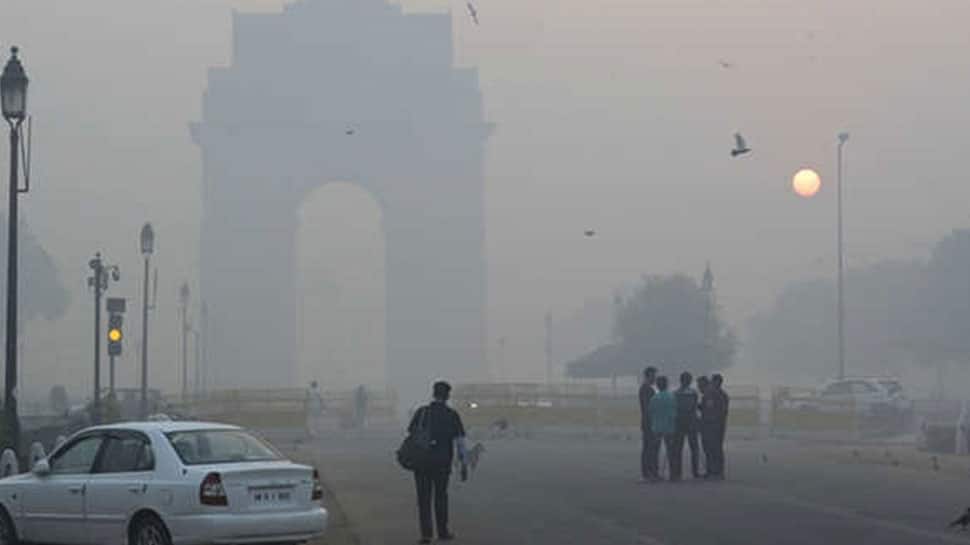 New Delhi: Delhi’s air quality improved marginally on Wednesday morning as it slipped to ‘poor’ category from the ‘very poor’ category. The Air Quality Index (AQI) in the city (overall) was recorded at 235 at 7.40 AM.

According to the System of Air Quality and Weather Forecasting And Research (SAFAR), the level of PM 2.5 and PM 10 in the air at 7.40 am stood at `poor` and `moderate` levels, respectively.

Delhi's air quality improves to 'poor' from 'very poor' category with Air Quality Index (AQI) standing at 235, as per SAFAR-India

Visuals from near Jawaharlal Nehru Stadium in New Delhi pic.twitter.com/Jps1XIaHOO

Even after witnessing a slight improvement in air quality, the resident of the city complained of its poor quality. "The government should take stricter measures to check pollution. Awareness campaigns like `Red light on, Gaadi (car) off` does not help in tackling the situation at a larger level," said a local resident from Khan Market.

Vinay Kumar Verma echoed the same opinion and said, "The situation of pollution is still bad and the government must take stricter measures. I am sure the pollution must have improved slightly but we must not rest at this."

Meanwhile, the AQI in Gurugram and Noida was recorded at 235 and 286 respectively, both in the `poor` category at 7.40 am.

In light of the poor air quality standards in Delhi-NCR, the Commission for Air Quality Management in NCR and Adjoining Areas (CAQM) on Tuesday ordered the immediate closure of industries not running on PNG or cleaner fuels in industrial areas despite the availability of gas infrastructure and supply.

After the Supreme Court pulled up Delhi Government for the opening of schools amid the rising air pollution level in the city, it directed that schools should remain closed until further orders. The schools in the four districts of Haryana adjoining Delhi has been closed till further orders.