As fog continued to cover the capital city on Sunday morning, trains services have taken a hit in Delhi and NCR with 73 trains being affected. 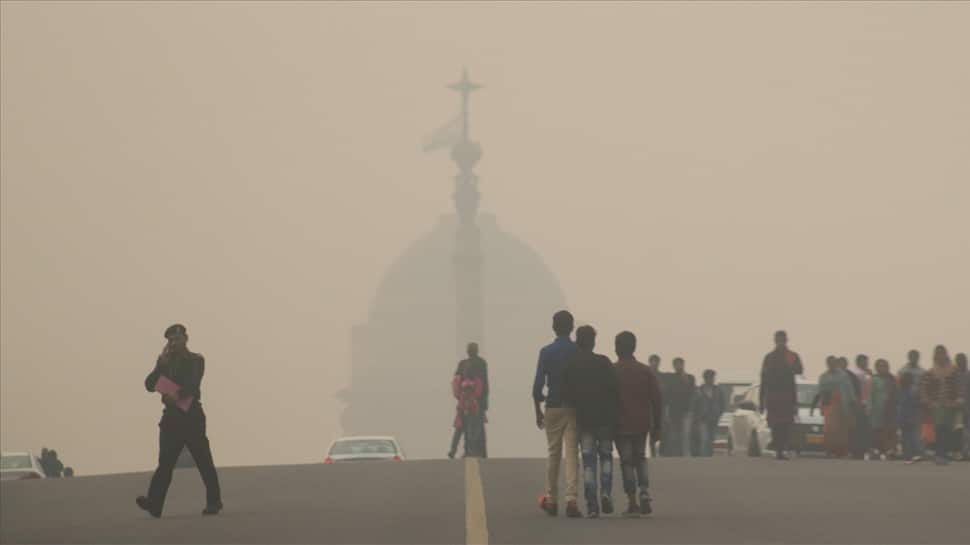 NEW Delhi: As fog continued to cover the capital city on Sunday morning, trains services have taken a hit in Delhi and NCR with 73 trains being affected.

At least 28 trains have been cancelled, 36 trains are running late and nine have been rescheduled owing to the poor visibility due to the dense fog in the national capital.

Fog continues to blanket Delhi #Visuals from near AIIMS pic.twitter.com/E8QWZXxzTC

Yesterday, the national capital experienced its first coldest day of this season with minimum temperature at 4.2 degree Celsius, three notches below the season's average.

The Meteorological department has forecast moderate fog in Delhi with visibility likely to remain low. Delhi has been battling air pollution for the past many days further lowering the visibility levels.

Meanwhile, at least four powerlifting players died while two were injured after their car hit a road divider and crashed into a pole due to poor visibility in the wee hours today on the Delhi-Chandigarh highway at Sindhu border in Delhi.

Delhi: Four powerlifting players killed & two injured in a road accident due to fog conditions at Sindhu border in #Delhi ;Visuals from the spot pic.twitter.com/6Tam7H1UXm

Two other players who were in the car, including a world champion who bagged the title for India in Moscow last year, were injured.

The force of the impact was so high that the car rolled over several times before hitting the pole, a report said. As per police, the speed of the car was very high.

All the other athletes were residents of Timarpur in north Delhi.