Two held with 26 pistols and magazines in Delhi's Ghazipur

The two accused have been identified as Jitendra and Raj Bahadur. They are part of an inter-state arms supply racket. 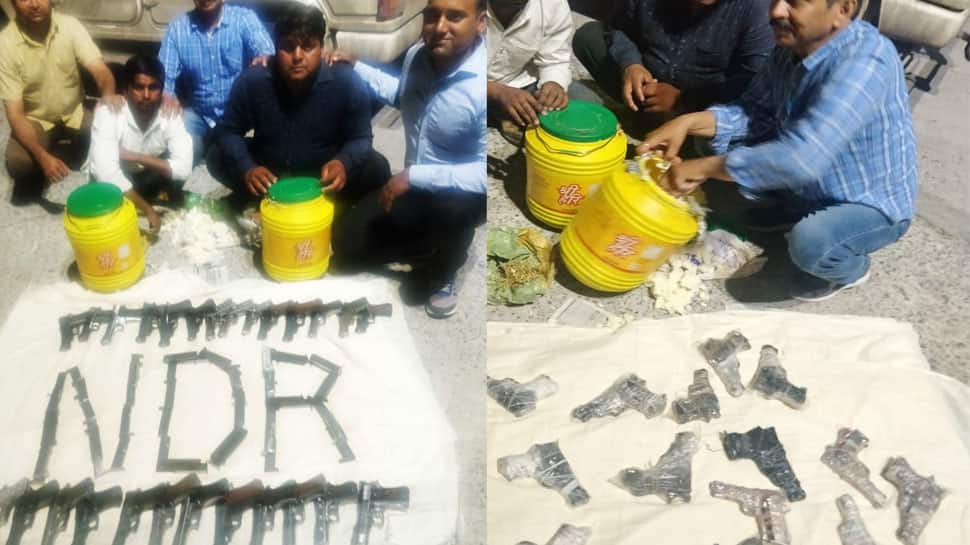 NEW DELHI: The Special Cell of Delhi Police has confiscated 26 pistols and magazines from two people in Delhi's Ghazipur locality.

The arms were seized on Monday and the Special Cell also arrested two people in this connection.

The two accused have been identified as Jitendra and Raj Bahadur. They are part of an inter-state arms supply racket.

The two accused were arrested while they were coming to deliver a consignment of arms in Delhi from Madhya Pradesh's Khargaon district.

The Special Cell had laid a trap in Delhi's Ghazipur area after receiving specific inputs about the two accused.

The two accused were intercepted by the Special Cell after they arrived in the Ghazipur locality in a Bolero SUV carrying pistols and magazines.

During their interrogation, the two revealed that they are a part of a gun racket and had delivered arms to several parties in Delhi in past.

They used to smuggle guns by concealing them in canisters containing Ghee.

In simultaneous raids carried out in Delhi and Meerut by the Special Cell sleuths, five persons were arrested and an illegal factory of sophisticated country-made guns was busted.

It led to the recovery of 85 semi-automatic pistols.

The breakthrough came after the disclosure by Danish, an accused who was arrested by the Delhi Police for gun running a few days ago.

The information provided by Danish was investigated by the Special Cell teams and gang members involved in the illegal manufacturing and sale of sophisticated guns were identified, sources said.

Two gun peddlers were apprehended by a team of the Special Cell when they were on way to Haryana from Delhi for selling pistols.

Police have confiscated a huge cache of illegal arms, including 85 semi-automatic pistols, 50 live cartridges, 40 magazines and several unfinished/semi-furnished firearms in the raids.