With 'no word' from Centre, Samyukt Kisan Morcha to hold meet at Singhu border to discuss future strategy

The SKM, a consortium of 40-odd farmers` organisations, had on December 9, 2021, declared to suspend their 15-month long agitation that was started to protest the three contentious farm laws passed by the Parliament in 2020. 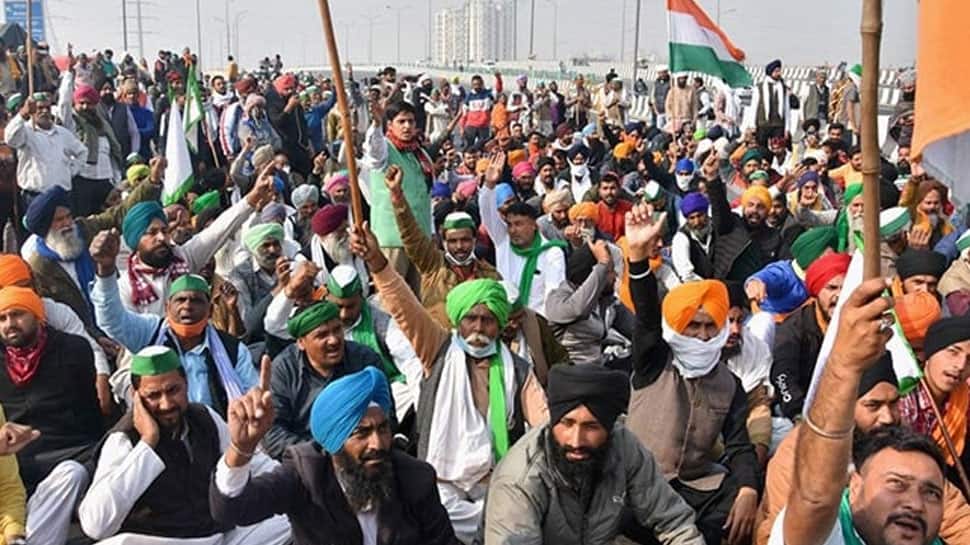 New Delhi: The Samyukt Kisan Morcha (SKM) will hold a review meeting at their Singhu Border campsite to decide the future course of action for the agitation that was suspended after three farm laws were repealed in December first week.

Almost six weeks after that, there has been "no word" about the formation of the committee on MSP and other issues, the SKM said. "The meeting will be held at 11 am on tomorrow (Jan 15.2022)," a SKM spokesperson confirmed on Friday.

Farm leader and Bhartiya Kisan Union (BKU) leader Rakesh Tikait had said two weeks ago that the government had not sought any names as representatives from the farming community. There has been "no talk" about withdrawing cases lodged against agitating farmers too.

The SKM, a consortium of 40-odd farmers` organisations, had on December 9, 2021, declared to suspend their 15-month long agitation that was started to protest the three contentious farm laws passed by the Parliament in 2020.

The agitation had continued even after the three laws - the Farmers` Produce Trade and Commerce (Promotion and Facilitation) Act, 2020, Farmers (Empowerment and Protection) Agreement on Price Assurance and Farm Services Act, 2020 and Essential Commodities (Amendment) Act 2020 - were repealed by the Parliament as the farmers` stuck to their other demands vis-a-vis legal backing for minimum support price (MSP) for all farmers being the prime demand after the repeal of the three laws.