Several airlines warned against the effect of fog on the incoming and outgoing flights. 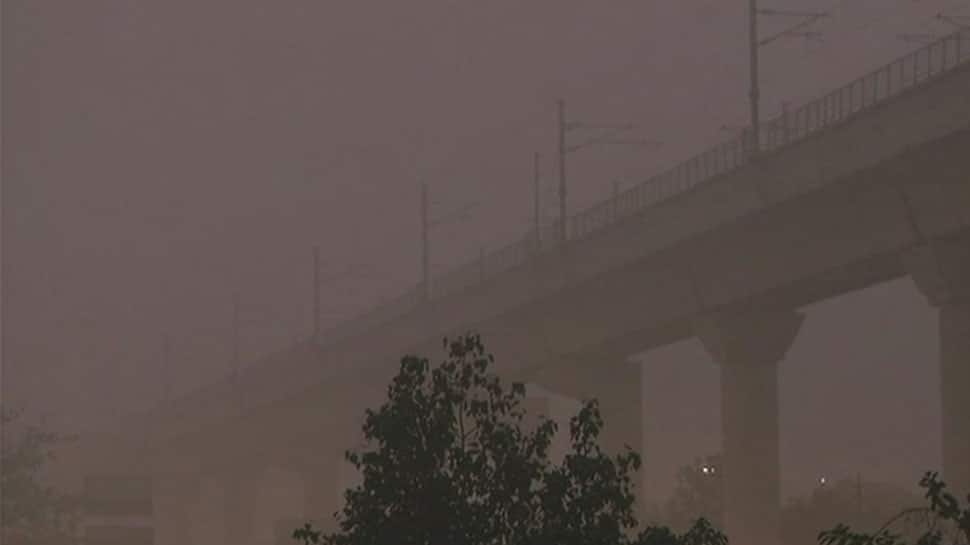 At least 11 trains were delayed as visibility dropped due to fog in Delhi.

According to a Railways spokesperson, 11 trains were delayed due to fog and the average delay was two to three hours. Purushottam Puri-New Delhi, Malda-Anand Vihar Express and Farakka Express Malda-Delhi were some of the trains that were delayed, he said. However, operations were not affected at the Delhi airport.

Currently, the Lowest Runway Visual Range (RVR) is reported to be 175 metres, which does permit landings and even take-offs, a source said. The humidity level on Friday was recorded was recorded at 100 per cent.

According to the India Meteorological Department (IMD), the minimum temperature will dip to 7 degrees Celcius, normal for this time of the year, and the maximum will be at 21 degrees Celcius.

The city's air quality has also deteriorated with the Air Quality Index (AQI) remaining in the 'severe' category for the third consecutive day, according to the Central Pollution Control Board (CPCB). As per the CPCB, the overall index was 411 on Friday at 8 am.

According to the CPCB data, the overall air quality index (AQI) in the city on Thursday was at 432 and 437 on Wednesday, both in the 'severe' category.

Several airlines warned against the effect of fog on the incoming and outgoing flights.

Taking to Twitter, Indigo tweeted, "Dense fog expected at Delhi airport this morning, arrivals/departures may be impacted. Drive with care, check your flight status before you leave for the airport and keep enough travel time in hand."

Spicejet too issued a warning against the impact of weather on the operations of flights. "Due to the consequential impact of bad weather at Delhi (DEL), all departures/arrivals and their consequential flights might get affected. The passengers are requested to keep a check on their flight status," tweeted SpiceJet.

The weatherman has forecast a partly cloudy sky with the possibility of haze or smoke.

According to a meteorological department official, there might be light rains towards Saturday evening and the temperature is likely to fall on Sunday.
There might be rains over a span of the next couple of days, he said.