Major relief for common people ahead of Diwali! Onion prices are fast dropping. 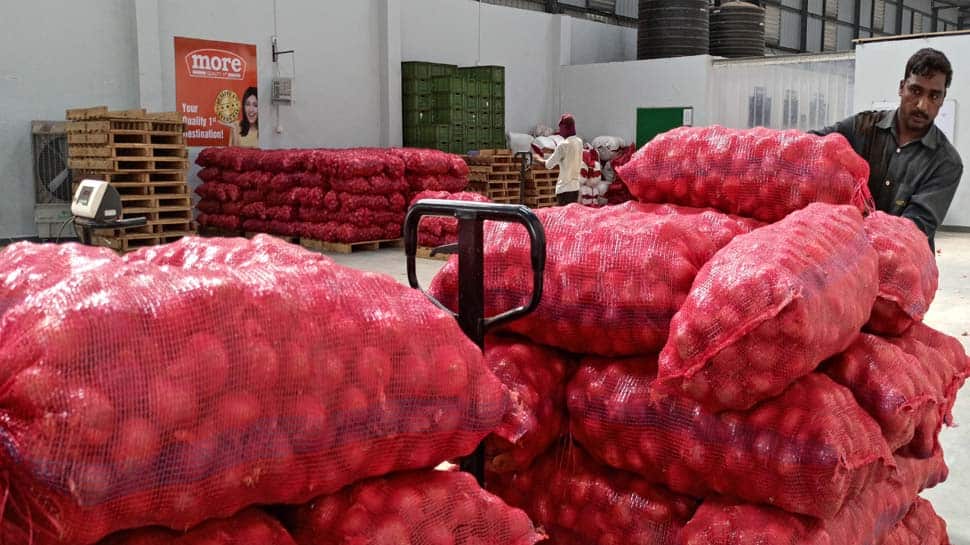 New Delhi: In a major relief for common people ahead of Diwali, the prices of onion are fast dropping. The wholesale prices of onions have suddenly come down in Lasalgaon, Nashik, country's largest onion market. The onion which was being sold on November 2 (Monday) at Rs 6,191 per quintal, has become cheaper on Tuesday by Rs 1000 per quintal.

Steps the government has taken so far to control onion prices, the effect of which has started showing.

Onion prices decreased because:
1. To keep the price of onion under control, the government on October 23 had reduced the stock limit on onion to 25 tonnes.
2. Onion has also been given to states from the buffer stock. NAFED has started sending 1 lakh tons of onions to the market,
3. NAFED has on Saturday sent a tender for the import of 15 thousand tons of red onion.
4. To stop the price of onion, the government had banned its export in September itself.
5. Government on Friday gave exemption in the import of potato from Bhutan, the license requirement for this has been eliminated and additional 10 lakh tonnes of potatoes have been allowed under the tariff rate quota scheme.
6. Now before the stock limit is implemented, 3 days time will be given for grading and packing in the onion market from the date of purchase.
7. Onion is being transported to every corner of the country through Kisan Rail.
8. So far 7000 tonnes of onions have arrived in the country. Apart from this, around 25000 tonnes of onions are expected to come by Diwali.

Apart from these, another big reason is that the price of onion will be reduced even after the arrival of the new onion crop. A new crop will also come soon in the market. You should understand why onion prices suddenly increased.

Why onion prices suddenly increased: Heavy rains have damaged onion crops in the fields. Whatever onion is coming in the market is of March and April yield. The biggest thing is that onion inflow has also decreased in bulk mandis. The influx of onions in Pune's wholesale market has come down from 500 trucks to 150 trucks per day. That is, on normal days, where 500 trucks used to reach every day. Now only three quarters are coming.

1. Onion is a seasonal crop grown in India two to three times a year.
2. The onion grown till the end of March fulfils the demand till the end of October and beginning of November.
3. In between, fresh onion crop comes from southern states in the month of August.
4. By mid-October, the initial kharif onion crop also starts reaching the markets.
5. By the middle of November, the yield of the Kharif crop falls in the late Kharif season.
6. This year, the erratic monsoon broke this cycle.
7. Due to heavy rains, nearly 50 per cent of the kharif crop in southern states including Andhra Pradesh, Telangana and Karnataka were destroyed.
8. Not only this, the wholesale market of Pune, but also Lasalgaon in Nashik has deteriorated the buying and selling equation.