Noting that India is recovering from the temporary adverse effects of demonetisation, the World Bank has projected a strong 7.2 percent growth rate for India this year against 6.8 percent growth in 2016. 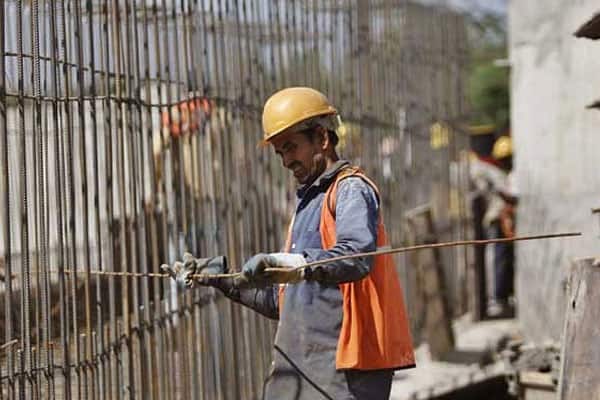 Washington: Noting that India is recovering from the temporary adverse effects of demonetisation, the World Bank has projected a strong 7.2 percent growth rate for India this year against 6.8 percent growth in 2016.

Even as the World Bank has revised India's growth figures by 0.4 percentage points as compared to its January forecast, India remains the fastest growing major economy in the world, the World Bank officials said.

In both the years, the forecast has been downgraded by 0.3 percent and 0.1 percentage points as compared to the January 2017 forecast.

"A downgrade to India's fast pace of expansion," the World Bank said, is "mainly reflecting a softer-than-expected recovery in private investment."

In 2016, in India, activity was underpinned by favourable monsoon rains that supported agriculture and rural consumption, an increase in infrastructure spending, and robust government consumption, the report said.

"In India, recent data indicate a rebound this year, with the easing of cash shortages and rising exports. An increase in government spending in India, including on capital formation, has partially offset soft private investment, " it said.

"While manufacturing Purchasing Managers - Indexes have generally picked up, industrial production has been mixed," the Bank said in its latest report.

Observing that India's growth is forecast to increase to 7.2 percent in FY2017 and accelerate to 7.7 percent by 2019, is slightly below previous projections, the Bank said this outlook mainly reflects a more protracted recovery in private investment than previously envisaged.

"Nonetheless, domestic demand is expected to remain strong, supported by ongoing policy reforms, especially the introduction of the nationwide Goods and Services Tax (GST), " it said.

"Significant gains by the ruling party in state elections should support the government's economic reform agenda, which aims at unlocking supply constraints, and creating a business environment that is more conducive to private investment," the Bank said.

M Ayhan Kose, Director of the World Bank Group's Development Prospects Group, in response to a question, underscored the need of reforms in the banking sector.

"The government has especially taken steps to address the banking sector weakness, but that remains on the to-do list," Kose told PTI.

"Second (to do list) of course (is the initiative by the government to remove some of the public investments, exactly the right thing to do to stimulate - to try to reinvigorate - private investment, which has been weak," the Bank official said in response to a question.

No downturn in IT sector; good number of jobs to come: Ravi Shankar Prasad