The Minister has sought crowdsourcing of ideas for boosting profitability and transformational changes from the railway employees. 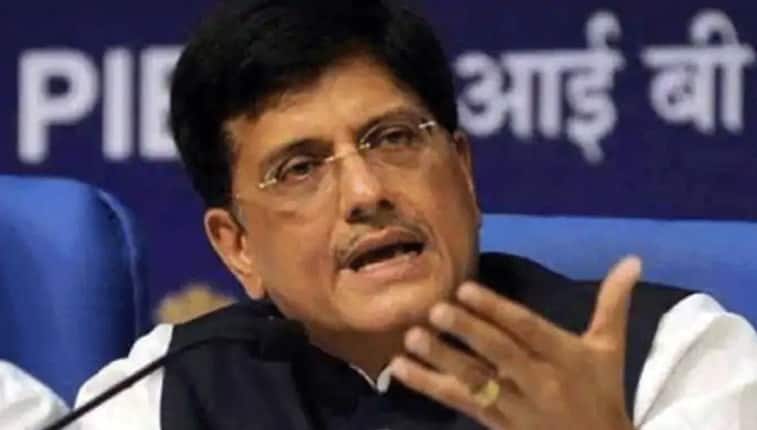 New Delhi: Railway Minister Piyush Goyal on Thursday (July 16) said that Indian Railways need to collectively focus on increasing the revenue, minimising costs, boosting the safety of operations and welfare of existing employees while addressing the first-ever online workmen conference, which comprised representatives of Railways worker's unions from across the country.

Piyush Goyal expressed the gratitude for Railway workmen for performing duties relentlessly during the lockdown period saying “From the highest level to the lowest level, all officers and staff have sincerely performed their duties during the lockdown. Presently, Indian Railways is going through critical times due to the pandemic."

The Minister urged the leaders of the federations to ponder how Railways can overcome this crisis that is looming across the world due to this pandemic.

Goyal also asked Railway federations to come up with unique ideas on how Railways revenue can be increased, costs minimised, freight share be improved, and how the railways can move further and faster. He also asked all to think about the safety and welfare of existing employees. He stressed the collective effort required by Railways officers, unions, and staff during this phase.

The Minister has sought crowdsourcing of ideas for boosting profitability and transformational changes from the railway employees.

"The heart of railway employees beats for the organisation. They would be having ideas which can boost the profitability of Railways," said Goyal, directing the General Managers and Divisional Railway Managers to actively seek these ideas from the employees and transmit the same to the ministry.

Among others who attended the “Workmen Sangosthi” included MoS of Railways Suresh C Angadi, Railway Board Chairman VK Yadav, along with senior officers of the Railway Board. The office bearers of both the federations- AIRF and NFIR, and other officials of the Federation presented their views.