There was a marginal increase in petrol and diesel prices on Monday. 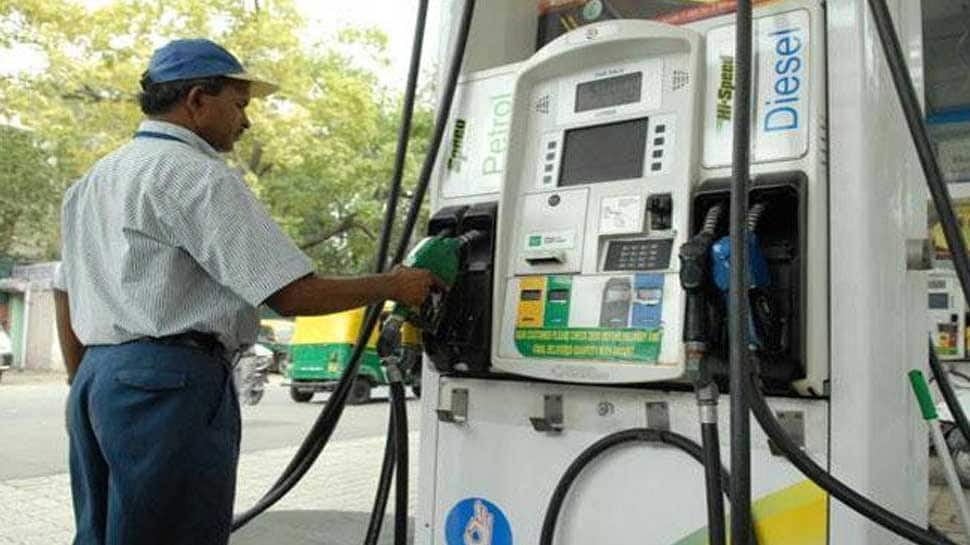 NEW DELHI: After days of significant decline in fuel prices, there was a marginal increase in petrol and diesel prices on Monday.

According to news ANI, in the national capital Delhi, petrol and diesel were being retailed at Rs 68.50/litre and Rs 62. 24/litre, respectively.

While in Mumbai – the country's financial capital - petrol and diesel were priced at Rs 74.16/litre and Rs 65.12/litre, respectively.

After Sunday's price revision, petrol in Delhi was retailed at Rs 68.29 while diesel was sold at Rs 62.16 per litre, 10 paise cheaper compared to Rs 62.16 on Saturday.

In Mumbai, petrol price remained unchanged at Rs 73.95 while diesel price dropped 10 paise and retailed at Rs 65.05 per litre.

In Noida, on the other hand, petrol price was slashed by four paise, while diesel became 13 paise cheaper after the daily price revision.

It may be noted that the Karnataka government increased the state tax on petrol and diesel by 2 percent with effect from January 1.

The official statement stated, "As the fuel prices declined after fall in crude oil rates in the overseas market since November, the state tax has been revised 2 per cent to 32 per cent on petrol and to 21 per cent on diesel since January 1, 2019."

It is also worth mentioning that International Brent crude futures closed 3.61 per cent up at $57.41 per barrel on Friday.

Petrol, diesel prices have fallen close to 20 per cent from the highs made in early October last year, as crude prices are down nearly 40 per cent in these three months.

The decline in crude oil price has brought much-needed relief for India since it imports 80% of its crude oil requirement.