Narendra Singh Tomar said, "MSP was offered to farmers before, is in force now, and will remain in force in the future and government procurement will continue," adding that the government has not only increased MSP but also increased procurement at MSP to ensure remunerative prices to farmers. 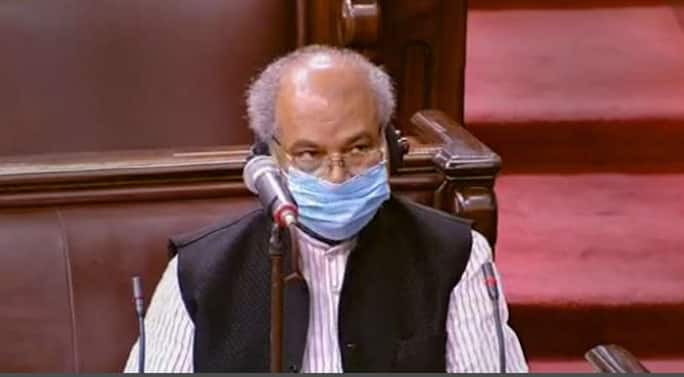 New Delhi: A day after passing farm bills- Farmers' Produce Trade and Commerce (Promotion and Facilitation) Bill, 2020, and Farmers (Empowerment and Protection) Agreement on Price Assurance and Farm Services Bill, 2020 - in the Rajya Sabha amid opposition protests, the Union cabinet approved an increase in minimum support price (MSP) for Rabi crops for the 2021-22 season.

The Cabinet Committee on Economic Affairs (CCEA), chaired by Prime Minister Narendra Modi, today approved the increase in the Minimum Support Prices (MSPs) for all mandated Rabi crops for marketing season 2021-22. This increase in MSP is in line with the recommendations of the Swaminathan Commission.

In view of nutritional requirements and changing dietary patterns and to achieve self-sufficiency in pulses and oilseeds production, the government has fixed relatively higher MSP for these crops.

The announcement is being made to placate farmers, who are scared that the farm bills will end the MSP support to them. The government has not only increased MSP but has also increased procurement at MSP to ensure remunerative prices to farmers.

The MSP (Minimum Support Price) of wheat, the biggest crop of rabi season, has been hiked by Rs 50 to Rs 1,975 per quintal, Agriculture Minister Narendra Singh Tomar said in Lok Sabha, adding that MSPs of lentil (masoor), gram, barley, safflower, and mustard/rapeseed have been increased.

Informing the Lok Sabha, Narendra Singh Tomar said, "MSP was offered to farmers before, is in force now, and will remain in force in the future and government procurement will continue," adding that the government has not only increased MSP but also increased procurement at MSP to ensure remunerative prices to farmers.

The key points that Tomar made in the Lok Sabha are given below:

- The Price Policy for Rabi Crops of 2020-21 will lead to increased investment and production through assured remunerative prices to the farmers.  The procurement of Paddy is more than 74% higher as compared to 2014-15, in most of the states.

- MSP provides a guaranteed price and assured market to the farmers and protects them from the price fluctuations and market imperfections.

- The MSP mechanism provides a price guarantee to the farmers for their produce and the uniform implementation of this policy across the country ensures equity.

- The focus of this Rabi Price Policy is on incentivizing farmers and make India Self-Reliant in pulses and edible oils. To take #AatmanirbharBharat Abhiyaan forward, the Government has substantially raised MSPs of pulses and oilseeds.

- The Government has ensured that there is self-sufficiency in the production of pulses in the country.

- The procurement of paddy is more than 74% higher as compared to 2014-15. Procurement is more than doubled in Andhra Pradesh, Telengana, Assam, Gujarat, Haryana, JHK, J&K, MP, Maharashtra, UP, and Uttarakhand.

- For ensuring remunerative price during the COVID period, the numbers of procurement centers were increased during Rabi 2020 season.

- Despite lockdown due to COVID 19, procurement of wheat in April and May this year was 389.76 MT which is an all-time record. During COVID 19 an amount of INR 75000 crores was paid to the farmers.