Railways say, no cash refund for tickets booked between Nov 9-11 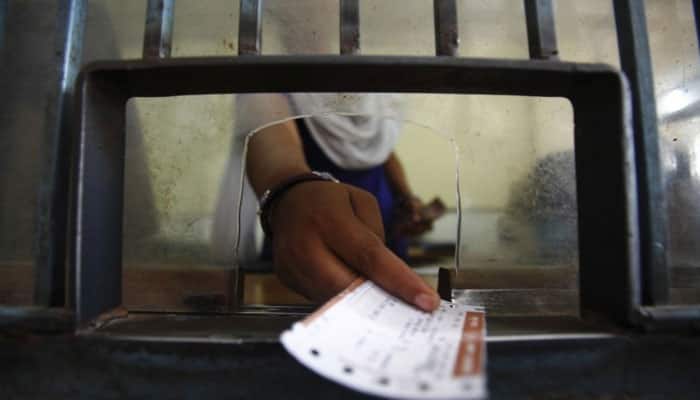 New Delhi: Ministry of Railways has revised the procedure for cancellation of tickes and refund of value of Rs.10,000 and above for the PRS counter tickets booked from November 9 to 11.

The Railways Board, in a note has said that cancellation of such tickets and refund of fare of value Rs10,000 and above shall not be allowed in cash or through green pay order or by any means involving cash across the counter. The payment shall be only through cheque or ECS payment.

The note added that such ticket may be refunded through filing of TDR only on surrendering of original ticket. TDR shall be filed within the prescribed time limit for cancellation of ticket across the counter as per Refund Rule e.g. TDR shall be filed only upto half an hour before the scheduled departure of the train for RAC/WL tickets and for confirmed tickets upto 4 hours befor the scheduled departure of the train, for which ticket has been issued etc.,

In such cases TDR and refund of fare as per rules shall be allowed for waitlisted tickets also only through cheque / ECS payment.

The rules have already been implementd.

The move has been taken by the Railways as huge number of large number of people, including travel agents rushed to railway stations across India to book waitlisted tickets in higher classes to conert their hoarded cash of Rs 500 and Rs 1000 notes, which were banned by government on November 8.

As per reports, in Mumbai alone, there were several instances where people booked waitlisted first AC tickets for Nizamuddin-Trivandrum by Rajdhani Express.

As these return tickets for six persons costs Rs 81,000 and most of the travel agents have done multiple bookings to clear their cash amount full with banned notes. With this trick, most of the booking agents were able to use old notes of Rs 500 and Rs 1,000 worth Rs 4-5 lakh. Due to which the bookings of Ist AC crossed Rs 1.8 crore.