India needs to pump in huge amount of funds in sectors like health, education, rural infrastructure and irrigation, he said at the launch of a book, 'India Transformed - 25 Years of Economic Reform' here. 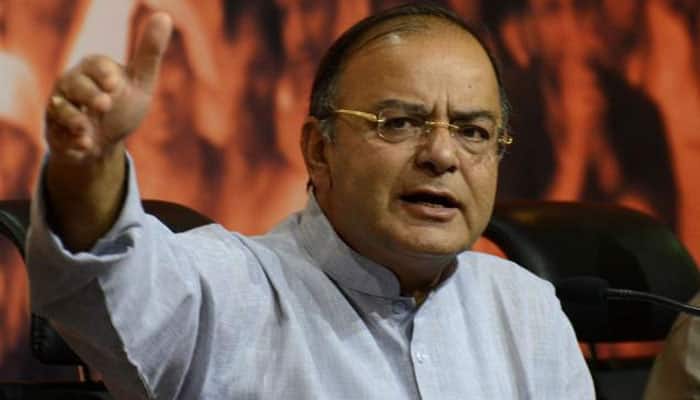 New Delhi: A month after the launch of historic tax reform GST, Finance Minister Arun Jaitley on Friday said there is no finishing line for reforms and India still has to cover a long distance so as to remove poverty and bridge infrastructure deficit.

India needs to pump in huge amount of funds in sectors like health, education, rural infrastructure and irrigation, he said at the launch of a book, 'India Transformed - 25 Years of Economic Reform' here.

The BJP-led NDA government has introduced a slew of reforms on various fronts like financial inclusion, foreign direct investment and big push to digital economy.

The long pending Goods and Services Tax (GST), considered as the biggest taxation reform since Independence, was launched on the mid-night of June 30.

"There's no finishing line as far as reforms are concerned and I think India still has to cover a huge distance," Jaitley said.

He further said that given the more favourable global environment, India needs to improve upon its growth rate.

The high growth rate, he said, has to sustained over a reasonably long period of time "because you still have large number of people living below the poverty line, you still have infrastructure deficit, you still need a lot of investment in health, education, in rural India and irrigation".

Faced with dwindling foreign exchange reserves, India opened its economy in June 1991, ushering in an era of big- bang economic reforms under the stewardship of the then finance minister Manmohan Singh.

Jaitley further said that unquestionably, 1991 was a key defining moment as far as India is concerned.

"Defining because it not only changed economic course, it changed the mindset of people," the finance minister said.

India has witnessed on an average 7 percent growth in the past 25 years, he added.

Unquestionably, he said, India is a much better place to live in but added that still there are areas of challenges.

Singh, also Prime Minister of the country for 10 years, was also present at the book launch.