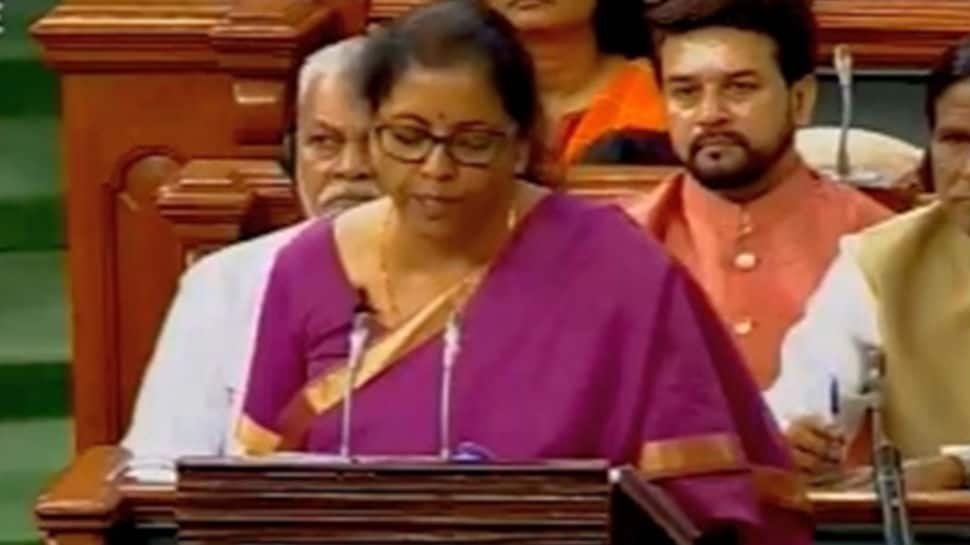 "India is now the sixth largest economy in the world, up from 11th position five years ago, she added.

Sitharaman began her speech by throwing light on the recently-concluded Lok Sabha polls, in which the NDA government won with a huge mandate and said that there is a desire among the citizens of the country for a bright and stable New India.

The Finance Minister highlighted that India requires investments averaging Rs 20 lakh crores every year the days of policy paralysis and license-quota-control regimes are a passe now.

Sitharaman stated that between 2014-19, the Government provided a rejuvenated Centre-State dynamic, cooperative federalism, GST Council, a strident commitment to fiscal discipline and set the ball rolling for a New India, planned and assisted by the NITI Aayog. In the last five years, the Government initiated many big reforms in particular, in indirect taxation, bankruptcy, real estate and those in the social sector improving common man’s life. She added that the last mile delivery stood out and the unknown citizen in the nooks of our country stood out with evidence. The Government has shown by its deeds that the principle of “Reform, Perform, Transform” can succeed.

Setting pace for the vision for India in the next decade, the Finance Minister stated that mega programmes and services which were initiated and delivered during the last 5 years will now be further accelerated. The Government plans to simplify procedures, incentivize performance, reduce red-tape and make the best use of technology to achieve the desired goals. “Gone are the days of policy paralysis and license-quota-control regimes. India Inc. are India’s job-creators. They are the nation’s wealth-creators”, she said while emphasizing the substantial role of India’s private industry in growing our economy.

Citing its genesis in the Interim Budget 2019-20 presented in February 2019, the Finance Minister flagged ten points of the Government’s ‘Vision for the Decade’:

Further, the Finance Minister stated that it is estimated that Railway Infrastructure would need an investment of Rs 50 lakh crores between 2018-2030.  She proposed to use Public-Private Partnership to unleash faster development and completion of projects and to make available a blueprint this year for developing National Highway Grid, gas grids, water grids, i-ways, and regional airports.

Focusing on unlocking the true potential of Public Sector Undertakings, Finance Minister said that strategic disinvestment of select CPSEs would continue to remain a priority of this Government, along with the consolidation of PSUs in the non-financial space. Government is considering, in the case where the Undertaking is still to be retained in Government control, to go below 51% to an appropriate level on case to case basis. Government is setting an enhanced target of Rs. 1,05,000 crore of disinvestment revenue for the financial year 2019-20, she added.

To prepare India’s youth to also take up jobs overseas, the Finance Minister said that the Government will increase focus on skill sets needed abroad including language training. Focus would be laid on new-age skills like Artificial Intelligence (AI), Internet of Things, Big Data, 3D Printing, Virtual Reality and Robotics, which are valued highly both within and outside the country, and offer much higher remuneration.

Further, in her Budget Speech, Finance Minister also proposed to start a television programme within the DD bouquet of channels exclusively for start-ups, discussing issues affecting their growth, matchmaking with venture capitalists and for funding and tax planning.

Regarding Industry sector, Finance Minister stated that under the Interest Subvention Scheme for MSMEs, Rs. 350 crore has been allocated for FY 2019-20 for 2% interest subvention for all GST registered MSMEs, on fresh or incremental loans. The government will create a payment platform for MSMEs to enable filing of bills and payment thereof on the platform itself.  Further, the Government is proposing to streamline multiple labour laws into a set of four labour codes, which is expected to reduce disputes, she added.

Summing up the vision of the Government, Smt. Sitharaman stated, “Marking 75 years of our Independence, We should place emphasis on our ‘Duty’ towards India, without undermining ‘Rights’.”