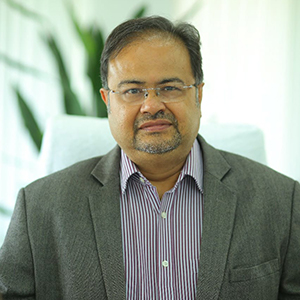 Professor Debashis Chatterjee has taught leadership classes at Harvard University and at the Indian Institute of Management (IIM),Calcutta, Lucknow and Kozhikode for nearly two decades. He has been awarded the prestigious Fulbright Fellowship twice for PreDoctoral and Post-Doctoral work at the Kennedy School of Government at Harvard University. His published work include seventeen books including Leading Consciously (Foreword by Peter M Senge) and Timeless Leadership (Wiley) that have been translated in several international languages. He has trained more than fifteen thousand managers globally in Fortune 100 Corporations and over twenty thousand school principals and teachers. His books Can You Teach A Zebra Some Algebra and Invincible Arjuna has emerged as path-breaking books in the education space in India. He has served as leadership coach to political leaders and CEOs of major Indian organizations. He has served as Dean of an international business school in Singapore. A pioneer in the field of Asian models in leadership, Professor Chatterjee has served a successful term (2009- 2014) as the Director at IIM Kozhikode. Dean and tenured Professor at IIM Lucknow and Mentor Director of IIM Amritsar (2018-19), Prof. Chatterjee is credited with transforming IIM Kozhikode from an obscure regional school to an institution of national impact and global recognition. He also served as Director General of IMI Delhi, India’s first corporate sponsored business school and as Independent Director on the Boards of several multinational and Indian Companies. Prof. Debashis Chatterjee has been reappointed as Director of IIM Kozhikode for a second 5 years term. He can be reached at: www.debchat.com https://in.linkedin.com/in/debashischatterjee1