Alyssa Milano has taken to her Twitter page to vent after Heathrow Airport officials allegedly confiscated her pumped breast milk. 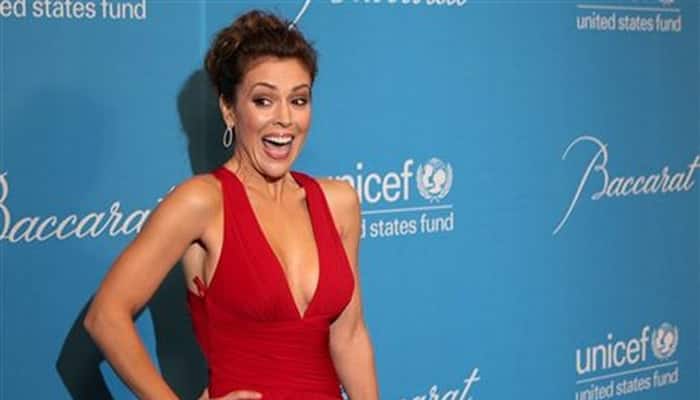 The troubles of the 42-year-old actress, who welcomed her second child Elizabella in September 2014, began on the flight over to the UK, when she attempted to pump en route, Us Magazine reported.

Heathrow then piped in with an explanation, posting "Hi Alyssa. Unfortunately, without a baby present, the government requires all liquids in carry-ons to follow the 100ml rule."

The dissatisfied 'Who's the Boss?' alum continued "why can you test my toiletries to make sure they are safe but you have to throw away my breast milk? I was told I would be fine if the baby was with me. Plus, it was less than 5 ounces per container. Why is my shampoo okay?"

She added that she would have happily spread milk in different containers, which she travels with, to comply with those liquid rules, but instead, milk was taken away with no discussion and shampoo, lotions, etcetera were simply tested and handed back with no issue.

She noted "PS. Another reason it makes no sense, when I got past security it was time to pump again so... I did carry on 5 ounces of breast milk."

The London travel hub responded by saying "sorry for any confusion caused. To confirm, if you aren't travelling with your baby, milk is subject to the 100ml/(3.4oz) 1/2 liquid restriction. If you need further info this, I would encourage you to visit their website."

As per a follow-up tweet, the former child star's second breast pump went missing somewhere between her origin airport and her destination.