The Delhi HC has refused to hear the petition objecting to the word `fanny` in Deepika Padukone and Arjun Kapoor starrer `Finding Fanny`. 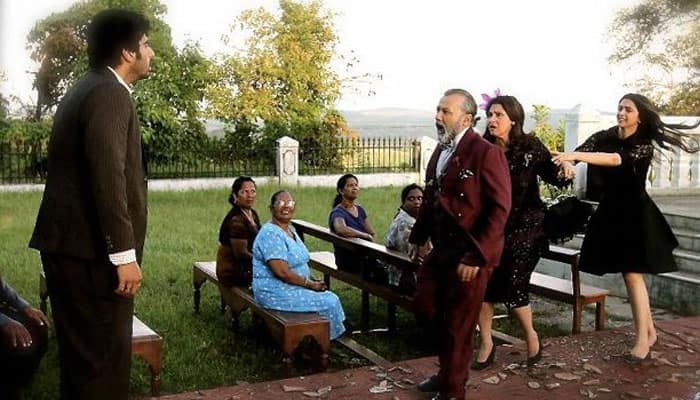 New Delhi: The Delhi HC has refused to hear the petition objecting to the word `fanny` in Deepika Padukone and Arjun Kapoor starrer `Finding Fanny`.

A petition was filed in the Delhi High Court on Tuesday which sought a ban on the release of director Homi Adajania's movie, due to the use of ``vulgar word 'fanny'``.

The PIL (Public Interest Litigation) which was filed by Nandini Tiwari and NGO Jai Jagriti Foundation, through their lawyer, Abhishek Krishna, said that the word "fanny" was a slang and should be removed from the movie, its songs, posters and banners.

Tiwari, mother of a four-year-old, said if such words in films and television are allowed, it will leave wrong impressions on children's mind and is bound to hurt the feeling of Indian citizens, as the dictionary word of `fanny` was quite explicit.

The PIL also challenged the UA certificate given to `Finding Fanny`.

The movie slated to hit the screens this Friday seems to have courted a lot of trouble, just days ahead of its release.

The plea was filed against the information and broadcasting ministry, the film's producer, director and actors and also sought a ban on the film's release.

I am not an angel when it comes to relationship: Kelly Brook