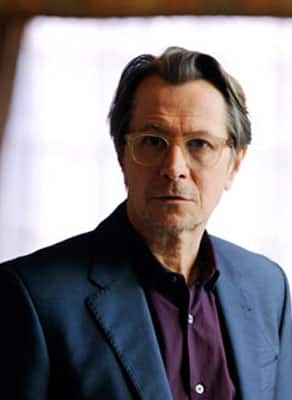 Gibson was at the receiving end of for his anti-Semitic remarks while Baldwin has often landed in troble for his public rants.
Oldman slammed Hollywood for its inability to take a joke in a lengthy and candid interview to Playboy magazine`s July/August issue while promoting his upcoming film `Dawn of the Planet of the Apes`, reportedly.

The 56-year-old actor says he believes "political correctness is crap" and said people should get over a joke. "I don`t know about Mel. He got drunk and said a few things, but we`ve all said those things. We`re all... hypocrites.

Gibson was arrested in 2006 for suspected DUI (driving under influence) in Malibu and made anti-Semitic remarks to a policeman, saying at the time of his arrest that "Jews are responsible for all the wars in the world."

"Mel Gibson is in a town that`s run by Jews and he said the wrong thing because he`s actually bitten the hand that I guess has fed him ? and doesn`t need to feed him anymore because he`s got enough dough. He`s like an outcast, a leper, you know?," Oldman said.

`The Dark Knight Rises` actor also defended Baldwin`s use homophobic terms during his frequent run-ins with paparazzi at a time when comedians get away with such words. The veteran actor feels political correctness also affects awards season.

"At the Oscars, if you didn`t vote for 12 Years a Slave you were a racist. You have to be very careful about what you say. I do have particular views and opinions that most of this town doesn`t share, but it`s not like I`m a fascist or a racist," Oldman said.