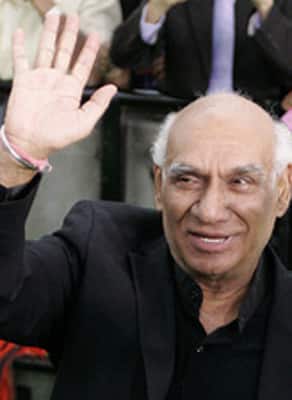 King of Romance Yash Chopra, who died in 2012, has made his love for Britain evident in films like `Lamhe` and `Jab Tak Hai Jaan`.

Pam Chopra, wife of the late director, will chair an intimate and deeply personal discussion on her legendary filmmaker husband at the festival on the June 7.

She will be joined by a special guest for a discussion on the life and work of Chopra. "The late Yash Chopra is regarded as the king of romance in Indian cinema who presented the notion of falling in love with a sense of aspiration, escapism and adventure," organisers said in a statement.

The 15-day festival will also pay a homage to the late Bengali filmmaker Rituparno Ghosh, who has directed several award winning films like `Unishe April`, `Dosar`, `Chokher Bali` among others.

Filmmaker Vishal Bhardwaj will attend the fest and provide an exclusive sneak peek into his new film `Haider`, an adaptation of Shakespeare`s `Hamlet`.

A special digital competition of five films celebrating the shared heritage between Britain and India will be screened at LAFF to mark this year`s 400th anniversary of the beginning of formal relations between the two countries.