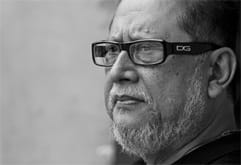 New Delhi: India needs many regional schools of theatre, including in the northeast, said National School of Drama chairperson Ratan Thiyam, who describes theatre as "a protest against wrong system".

"Yes, we certainly need many regional schools of theatre," Thiyam told IANS in an interview.

"North-east should get more opportunities and exposure."

The Manipur-born playwright and theatre director set up his troupe, Chorus Repertory, on the outskirts of Imphal in 1976 when he was barely 27 and he has not looked back since. He was appointed the NSD chief in August.

Playwright Girish Karnad described Thiyam as "already being placed alongside the great theatre figures of the last hundred years, such as Peter Brook, (Tadashi) Suzuki and (Jerzy) Grotowski".

The Chorus Repertory that Thiyam built has presented his plays in over 30 countries across the world.

"I don`t know what is theatre and that`s why I am doing theatre. The only thing I know is that theatre is a laboratory process of experimentation," the thespian from Manipur, known for his ingenious adaptations of traditional Indian art forms in his productions, told IANS.

Thiyam`s journey of experimentation that he also calls the "paint and erase method" began right after his graduation from the National School of Drama in 1974.

This was also the time when Indian theatre was struggling to re-establish its authenticity on the world stage.

Thiyam`s instincts responded to the re-awakening of Indian drama and he felt the irresistible urge to experiment with the rich traditions of Manipuri art and present them in a contemporary way.

For him, "theatre is a protest against a wrong system. It enhances understanding of socio-eco-political-religio elements, making possible a dialogue between audience and performance".

Now for almost 40 years, Thiyam has stunned the world with his productions that revel in performance as opposed to the text-based western dramaturgy, mesmerising visuals, melodious music and imaginative utilisation of the space at his disposal.

"Chakravyuh", "Urubhangam", "Uttar Priyadarshi", "Lengshonnei" (an adaptation of Sophocles` Antigone), "Aashibagee Eshei" (adaption of Henrik Ibsen`s When We Dead Awaken), "The King of Dark Chamber - Raja" (adaptation of Rabindranath Tagore`s eponymous play) "Imphal Imphal" and "Ritusamharam" (based on Sanskrit poet Kalidasa`s eponymous poem) are some of his popular plays.

However, in making Chorus Repertory stand on its feet, the 66-year-old maestro has faced his own share of troubles. But unlike the money that comes with great difficulty for each of his production, the honours and accolades from India and abroad have flown freely to him.

For his play "Chakravyuh", Thiyam won the prestigious Fringe Firsts Award, at the Edinburgh International Theatre Festival in 1987. He is only the second Indian after Kapila Vatsayan to receive the John D. Rockefeller Award, in 2008.

Thiyam considers the National School of Drama his "mother institution".

And he wishes to see "more improvement and see it as a theatre learning centre of advanced studies".