Printmakers Uma Shankar Shah and Seema Sharma Shah from Kathmandu are set to showcase their prints, a documentation of various Nepalese festivals here. 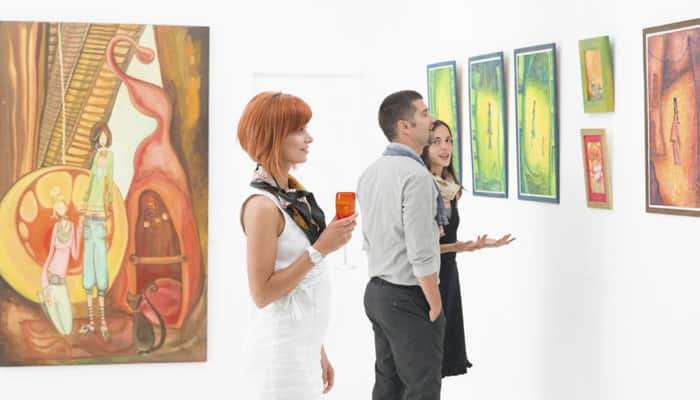 Titled "Sacred Spaces," a showcase of their body of work that includes overlapping of printmaking techniques - etching, silkscreen, embossing and the use of mixed media, is being presented by Gallerie Ganesha and set to begin on November 4.

While 49-year-old Uma Shankar hails from Janakpur in Nepal, 48-year-old Seema traces her ancestry back to Lahore where her grandfather served as the family priest to Maharajah Ranjit Singh's family.

The artist duo are currently professors of art at Tribhuwan University in Nepal.

During the partition in 1947, Seema's family came to India and settled in Varanasi, a Hindu and Buddhist pilgrimage centre. Both Uma Shankar and Seema pursued studies together in Varanasi and moved to Kathmandu after their marriage in 1995.

Both artists say they source their inspiration from the rich heritage and culture of Nepal and India; in the stories of the Ramayana and in the avatars and pantheon of the Gods.
Their prints serve as a documentation of the festivals and jatras which breathe life into the cityscape of Kathmandu and Janakpur.

"In fact, our art practice was quite different before we met each other," says Uma Shankar.

"While I used to paint cityscapes and landscapes inspired by the Pagodas of Nepal, Seema was into painting the daily scenes of Indian life. When she came to Kathmandu, she was inspired by the religious pulse of this city where Hindu and Buddhist cultures co-exist.

"For me, the need to portray peace, and depict the victory of good over evil through the stories of Ramayana happened when Nepal was in turmoil," says Shankar.