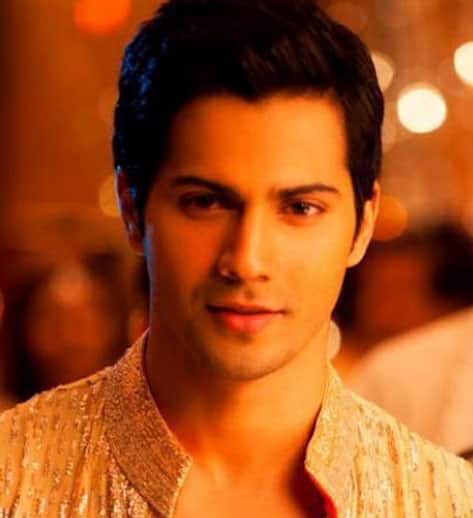 New Delhi: They may have failed to catch the initial FIFA World Cup matches while promoting 'Humpty Sharma Ki Dulhania' but Varun Dhawan and Alia Bhatt are now set to cheer for their favourite teams during a TV appearance. The two stars will be in Sony Six studio for the FIFA World Cup pre-game show, Cafe Rio.

Varun says now that the movie promotions are coming to an end, he does not miss as many matches and despite being a fan of Argentina's Lionel Messi, his loyalties are with Brazil.

"I did miss a few matches initially but every time Brazil has played I have watched it. I also tuned in for Argentina and Colombia matches as I am supporting the South American teams this year," Varun said.

Talking about his TV appearance, the 27-year-old actor said, "I will speak about my favourite footballers on the show in the Humpty/Varun avatar on the show. I was supposed to do something with Cafe Rio in the beginning but I had to decline due to promotions.

"When they approached again, I asked Alia and she was game for it as Germany's match is on the same day and she is a German fan. This fitted in nicely. It was cool to be on the show," he added.

Alia, on her part, says if not Germany she would support Brazil as she has a huge crush on the goalkeeper Julio Cesar.
"I am supporting Germany and want to spread some cheer. I want them to win the World Cup this year. But if not Germany, then the next team that I am supporting is Brazil because I am totally in love with the goalkeeper Julio Cesar. He is fantastic. He has played so well and good looking," Alia said.

When asked whether they fought over their favourite teams Alia said Varun teased her about supporting Germany.
"I don't fight with Varun for Brazil but if there is a match of Germany then there are arguments all the way," she said.
'Humpty Sharma Ki Dulhania', their next film after 'Student of the Year', is releasing on July 11.

Was apprehensive to turn negative in `Hate Story 2`: Sushant Singh