Kashmiri filmmaker`s `Identity Card` to be released on Aug 29 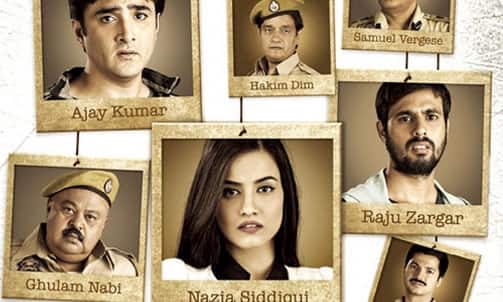 Jammu: `Identity Card -Ek Lifeline`, which showcases the significance of "identity" and "dignity" of people of Kashmir during 25-years long militancy in J&K, is all set to release on August 29.

The Rahat Kazmi-directed film has garnered acclaim at several film festivals around the world and was recently hailed as the `bravest film of Indian cinema` by a top newspaper in the UK.

"The film is based on the importance of Identity card during turmoil in Kashmir and identity and dignity of people of valley," said Kazmi, who hails from foothills of the remote and far-flung Pir Panjal range in Surankote belt of border district of Poonch in J&K.

"Our idea was to show an authentic film on Kashmir. My film is based on the common man who is always seen with an eye of suspicion and harassed to prove his identity by the men in uniform. But we are also showing the other side of the story that those who stop them to check their identity also have their own pressures," said Kazmi.

The filmmaker said he wants to do more films based in Kashmir."I am looking forward to do some films in Kashmir and I hope that people appreciate and relate with this film." Kazmi made his directorial debut with `Dekh Bhai Dekh`, which starred Gracy Singh.

Kazmi also revealed that an international corporate house of UK - Blue Sapphire Films Limited has joined hands for the India release of film.

This is the first Indian film that will be presented by Blue Sapphire. The international distribution of `Identity Card` is being handled by a South African distribution network called Red Crush.

`Identity Card` tells the story of a Delhi-based journalist who comes to the valley to shoot a film on the beauty of Kashmir and gets trapped into the reality of the Kashmiri turmoil.