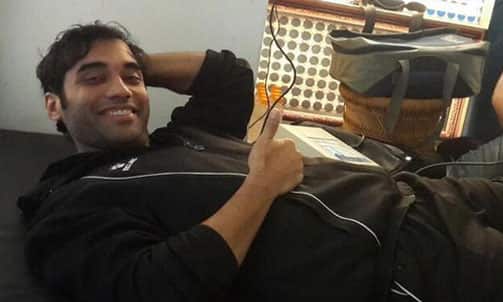 Kushal, who has been seen in supporting roles in films like `Kaal`, `Lakshya` and `Dhan Dhana Dhan Goal`, is also acting in the multi-starrer family drama.

"I got the story idea three years ago during my visit to a family function. But I didn`t know that it would turn into a film. I wrote the script and kept it aside. But later, through a friend I got in touch with Prakashji and he readily accepted to make it into a film," Kushal told.

Directed by debutant Ritesh Menon, the film was shot extensively in Mahabaleshwar and is set to release by the end of the year.
The project revolves around a dysfunctional family of seven members.
"The film is currently at the editing stage. I am playing one of the members in the family. I have also choreographed the dance sequence of the film. It was great to work under Prakshji.

During the shoot, he was contesting the Lok Sabha elections but despite his hectic schedule, he supervised this project," Kushal said.