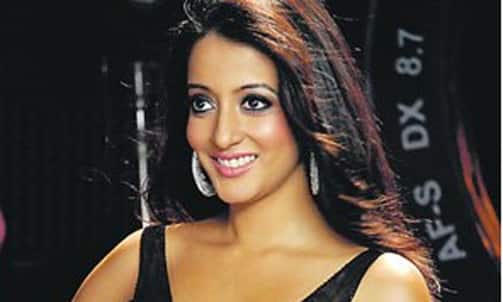 Kolkata: Moonmoon Sen and Riya Sen are playing out their mother-daughter relationship on screen for the first time.

Both are excited to see how the idea shapes up in the film "Kolkata Calling", which is a collage of three stories set in the 70s and 80s, directed by Mainak Bhowmik.

Moonmoon said that Mainak was persistent that they did the scenes together.

"We two feature in one of the three stories and Raima appears in another story. So you might dub it as a film where all three of us are part of it."

She said that she had earlier done ad shoots with Riya and a telefilm with Raima.

"However, this is the first time we have fully fleshed out characters. Maybe I am not exactly happy with my role, but the youth will identify with the subject," Moonmoon said.

She said she would like to do new challenging roles, provided the young group of directors want her.

Riya, who had earned critical acclaim for her role in Rituparno Ghosh`s `Noukadubi`, said, "Maa has three scenes in the film and they are intense ones.

Scene-wise the figure may be small but each frame is detailed and embedded with the story."

Riya said the Sen women didn`t think about doing a film together, but since it is Mainak`s story, they agreed because he treated women`s issues and relationships very well.

"As we understand each other, Maa wishes to be around whenever I shoot for a film," she said.

"I enjoy the new innings in Bengali films. Happy to see how different subjects and portrayals of characters are being appreciated and I hope we will also be applauded as mother-daughter."

Riya said that `Kolkata Calling` was not entirely a retro film. "It is a mixture where there are contemporary references and I play a 22-year old."