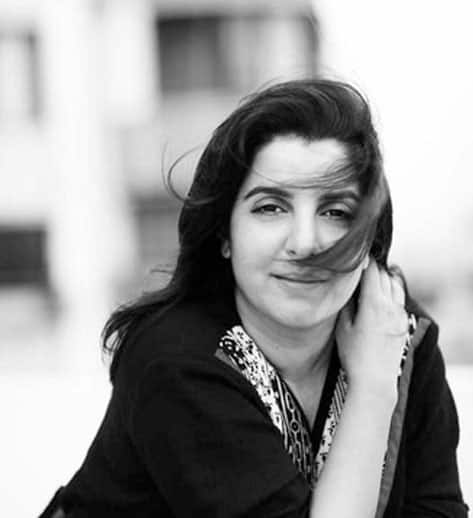 Mumbai: The buzz around "Happy New Year" (HNY) and its recent trailer launch has left one person exasperated - Farah Khan Ali, who has had to clarify that she`s a jewellery designer and not filmmaker Farah Khan, who has directed the Shah Rukh Khan starrer.

"I did not direct HNY, neither do I make films. I am a JEWELLERY DESIGNER. All tweets pro & against HAPPY NEW YEAR pl tag @thefarahkhan,(sic.)" Farah, whose Twitter handle is @FarahKhanAli, posted on the micro-blogging site Wednesday.

I did not direct HNY, neither do I make films. I am a JEWELLERY DESIGNER. All tweets pro & against HAPPY NEW YEAR pl tag @thefarahkhan

OH HO. Shall REPEAT again for people here who DONT read. "I AM NOT FARAH KHAN the film director. Her twitter acc is @thefarahkhan Pl tag her

Sister of Sussanne Khan and Zayed Khan, Farah is an accomplished jewellery designer.

The film`s trailer was launched at a grand event here just last week, and it has elicited a power-packed response on social media.