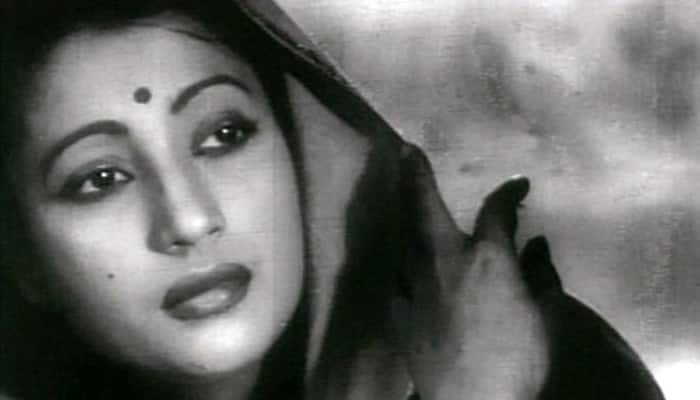 "Remembering legendary Suchitra Sen on her birthday," Banerjee tweeted and posted a picture of the matinee idol.

Born Rama Dasgupta April 6, 1931, in Pabna district - now in Bangladesh, she delved into the silver screen, taking the non de plume Suchitra in 1952 with ‘Sesh Kothai’.

In a career spanning 25 years, Suchitra paired with Bengal's biggest matinee idol Uttam Kumar to usher in the golden era of Bengali cinema, and came up with memorable performances in a number of cult Hindi movies like ‘Devdas’, ‘Mamta’, ‘Musafir’, ‘Bambai ka Babu’ and ‘Aandhi’.

Described as ‘Mahanayika’ (great actress), she had bewitched generations of film buffs with her grace and beauty. She left behind a legacy with actress-daughter Moon Moon Sen (also a member of parliament) and grand-daughters Riya and Raima Sen.

Banerjee was a frequent visitor to the hospital where Suchitra was admitted in her last days. Having shunned public figures for over three decades, she made a rare exception for Banerjee during the last few days of her stay in the nursing home.

In 2012, the Bengal government conferred its highest award 'Banga Bibhushan' on the actress in absentia.