Patricia Arquette has defended her Academy Awards speech, which won her applause from the audience, but brickbats from some quarters too for demanding equal pay for women. 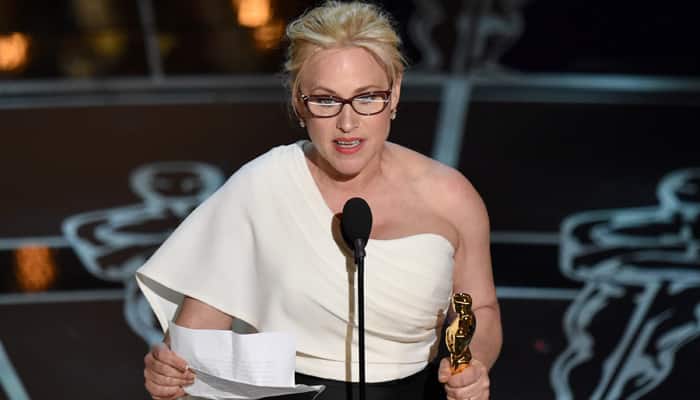 Los Angeles: Patricia Arquette has defended her Academy Awards speech, which won her applause from the audience, but brickbats from some quarters too for demanding equal pay for women.

Arquette took to the Oscar stage after winning the Best Actress in a Supporting Role trophy at the 87th Academy Awards. Then, the 46-year-old took to Twitter Monday to defend herself, standing by her statements on women's rights, reports aceshowbiz.com.

“Wage equality will help ALL women of all races in America. It will also help their children and society,” she wrote.

“Women have been basically paying a gender tax for generations. I have long been an advocate for the rights of the #LBGT community. The question is why aren't you an advocate for equality for ALL women?”

Arquette, who won the Oscar for her role as Olivia Evans in “Boyhood”, then shared a screenshot of “The Consequences of Gender Inequity”, captioning it: “I don't care if people are pissed The truth is that wage inequality adversely effects women.”