Actress Soha Ali Khan is super excited about her husband, actor Kunal Kemmu's upcoming film "Guddu Ki Gun" and hopes the film proves to be a box office success and "changes things for him". 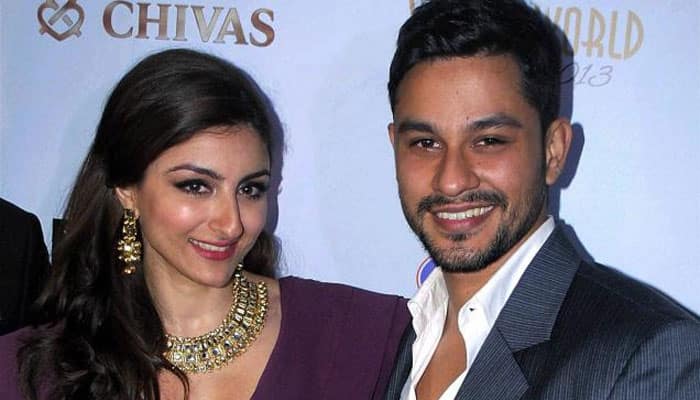 Mumbai: Actress Soha Ali Khan is super excited about her husband, actor Kunal Kemmu's upcoming film "Guddu Ki Gun" and hopes the film proves to be a box office success and "changes things for him".

"Everyone knows and admits that he (Kunal Kemmu) is a great actor. But box office success is important for everybody. And I hope that this is the one that changes things for him," the actress said here in an interview.

Kunal made his acting debut as a child artiste in the 1990s, but his first film as a lead was "Kalyug" in 2005. In a decade-long career, Kunal only has multi-starrer films like "Traffic Signal", "Golmaal 3" and "Go Goa Gone".

"Guddu Ki Gun" is an adult comedy where Kunal plays a Bihari salesman Guddu, who is a playboy and his manhood is, strangely, gold.

Soha calls it a "family film".

"I'm excited for the film as you know the concept of this film is so unique. I hope it delivers. People want to see the film... believe it or not but it is a family film," she added.

Do you want to see Soha Ali Khan and Kunal Kemmu on the big screen together? in Entertainment on LockerDome
Tags:
Soha Ali KhanGuddu' Ki GunKunal KemmuBollywoodMovieactor
Next
Story