Hrithik Roshan and Sussanne, who were once one of Bollywood’s most happening couples, are sadly no longer together. They announced their separation last year in December.

Mumbai: Hrithik Roshan and Sussanne, who were once one of Bollywood’s most happening couples, are sadly no longer together. They announced their separation last year in December.

And since then, the two have maintained stoic silence about their relationship. Sussaanne, who even dropped Roshan from her surname after splitting from Hrithik, apparently doesn’t want to discuss him publicly.

DNA has reported that the lady, who is an interior designer by profession doesn’t want to answer questions pertaining to Hrithik and wants to be addressed as Sussanne Khan. 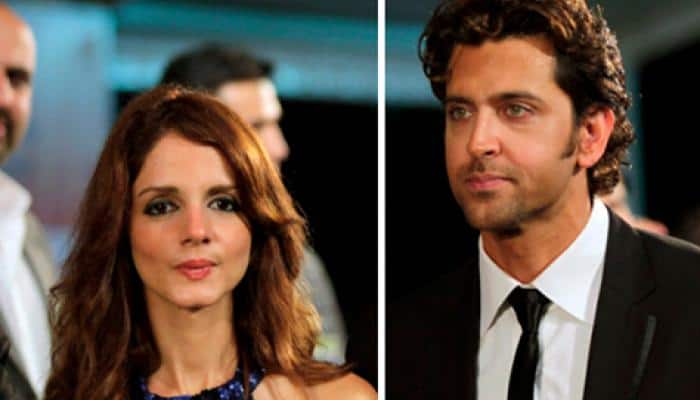 She will soon be seen as a guest on Raveena Tandon’s talk show ‘Simply Baatein’ where she would be talking about her home and her expertise in the field she pursues.

Sussanne is the daughter of veteran actor Sanjay Khan. She married Hrithik on December 20, 2000, dating him for four years. With their separation announcement, their 17 years of togetherness came to an end, leaving their well wishers shocked and sad.

The couple filed for divorce in April this year and the final hearing is scheduled for October 31.