Why gambling is sanctioned on Diwali 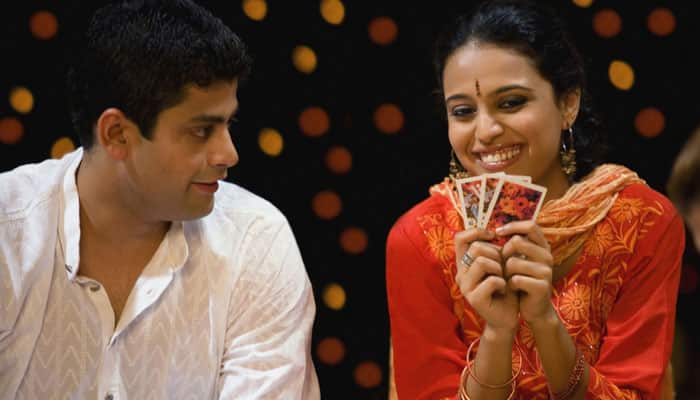 Have you ever wondered why a vice, like card playing, is a part of Diwali celebrations? Does the idea of people going crazy over gambling their wealth on an auspicious occasion like Diwali night make you cringe?

Well, if these are your thoughts, then you are in for some interesting revelations with respect to the tradition of playing cards on Diwali.

From pujas to house cleaning to dressing up in finery, we walk that extra mile to appease the Goddess of Wealth - Lakshmi - on the Diwali night.

But the answer to why a vice like gambling, that took away the wealth of the mighty Pandavas, is practiced like a boon on the festival of lights is based on an old lore. It is believed that millions of years ago, Shiva`s consort, Goddess Parvati was playing the game of dice with her lord.

In fact, it was this divine couple who invented the game of dice. Elated with her win, the Mother Goddess Parvati announced that whoever gambled on the Diwali night, would mint wealth throughout the year.

Then onwards, this game that has been bestowed with a boon, became a part of the Diwali fun and frolic and continues to be so even till date. Giving emphasis on the importance of this tradition, a popular saying goes that those who don`t play cards on Diwali will be born as a donkey in their next birth. And those who love treating themselves to this game refer to the celestial announcement in order to defend their indulgences.

By the way, gambling dens and casinos rake in the moolah during the Diwali festivities. People flock to the local clubs with ready money in their pockets to make lady luck shine on them like never before. For those who love the cosiness of their home invite friends and relatives over a game of cards and hope to double or triple their money. Believers also say that this game also reminds how fickle is material wealth and how chasing always chasing money is a worthless pursuit.

How to dress up this Diwali!