Lisa Haydon to be Tahiliani's muse at Bridal Fashion Week 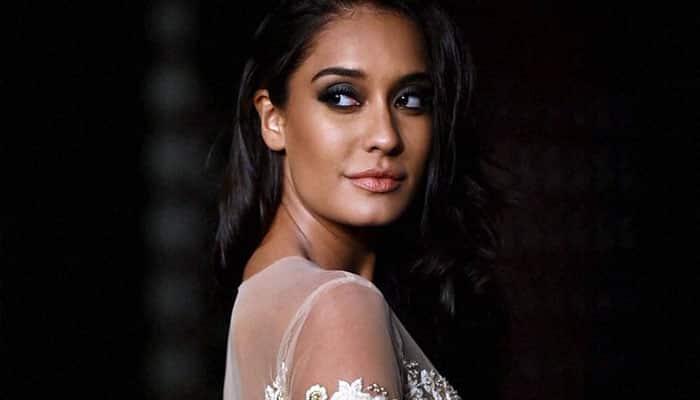 Tarun will present his collection "Our Eclectic New World" at the five-day fashion extravaganza (August 7-11) on August 8.

The designer said he chose 29-year-old Lisa not for her star status but because she is his dear friend.

"Lisa Haydon will walk the ramp for us. She is a dear friend. She will be the showstopper. I don't see it as an actress walking for me. I see her as a model," Tarun told PTI.

The designer said his new line draws inspiration from the splendour of ancient India and melds it with the buoyancy, lightness, finesse and froth that he thinks are the trademarks of today's generation.

He aims to blend opulence of Indian textile, embroidery with the sensibilities of modern generation, which the designer believes prefer light and comfortable outfits rather than heavy-weighed clothes for their D-day.

"I feel there is an overdose of everything now. We are going over the top with the bridal wear. So we should be low key and go back to basics. That is what I am doing this time," Tarun said.

The designer, known for his bright colour palette, is going for subtle shades for his collection this time.

"People would be disappointed if they are expecting very bright colours. This time I have used heavy jewellery so I have kept colours like beige, cream. It is about going minimalistic."

Tarun feels his collection displays a sensual grace that has its roots in Indian history but resonates with contemporary lightness.

He said his love for layering evolves into a sensuous vibe with contoured panelling that fits the body like a glove.

"The silhouettes will include panelled veils, jackets, kurtas, sarees and lehengas in beige on Basra, Basra creams in french knots, tiny pearls and more, for both the couture this festive/bridal season," said the designer.