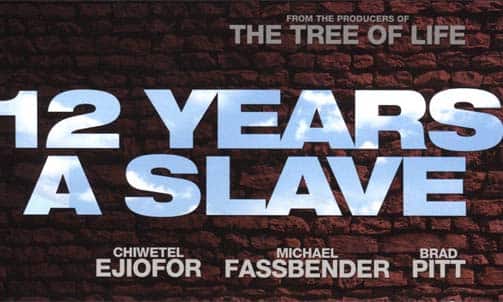 Based on a true story of Solomon Northup published in 1853, `12 Years a Slave` is a cold-hearted, even-toned film about American slavery, not an easy one to sit through.

Director McQueen has nothing new to offer that we aren`t aware of. But it is his unflinching portrayal of Solomon Northup with scenes of brutal realism, dramatic dialogue, cartoonish villains and a plot that highlights the torture which the slaves endured that sets it apart.

Set in 1841, the narration begins at Saratoga Springs, New York. Solomon Northup a well-to-do free black violinist is enticed by travelling swindlers with, "A dollar a day for your days in Washington and three dollars for performances." That`s much more than what he earned in New York. He accepts their offer, but enroute he is drugged and kidnapped.

When he wakes up, he finds himself in chains, faced with unjust accusations that he is in fact a runaway slave from a plantation in Georgia. His protests are replied with sound trashing. And when he realizes that his pleas are falling on deaf ears and his intelligence is causing him more physical and mental pain, he resigns to fate.

Renamed, as `Platt` by the unscrupulous middle man, Solomon leads a new life as a slave. While, he is being traded back and forth by plantation owners, the poignant scenes capture the routine callousness of the issue.

The ensemble cast is wonderful and they deliver a tense and subtle performance. Ejiofor, as Solomon Northup gives a few provoking and disturbing insights into his soul. His edgy and understated performance stands out sharply in contrast to the other characters.

The other protagonists in the flux: some caught in the crossfire, others who`re reveling in the flow are: Lupita Nyong`o as Patsey the eager-to-please slave who, unlike Solomon, knows no life other than the doomed one she was born into; Alfre Woodard as Mistress Shaw, the cultured slave who educates Patsey how to use her feminine charms to stay alive; Adepero Oduye as Eliza the mother separated from her kids and Storm Ried as Emily.

Then there is Benedict Cumberbatch as William Ford, the good and decent plantation owner who sympathizes with Platt but is bound by societal pressures; Paul Dano as John Tibeats the "slave driver" at Fords plantation who has an axe to grind with Soloman for being intelligent; Michael Fassbender as Edwin Epps knows as acethe slave breaker. He is fittingly supported by an equally ferocious wife, Mistress Epps played by Sarah Paulson.

Unfortunately, co-producer Brad Pitt as Bass seems to be the only aberration in the smooth flowing narration. His appearance seems outlandish and preposterous, in the otherwise realistically driven narration.

John Ridley`s script strikingly captures Solomon`s twelve years in an episodic format. The montages of extracts are well laid out. The scenes are torturous and haunting. Especially the skin peeling agony Patsey has to endure, leaves you squirming in your seat.

What adds to the pathos is the delicate cinematography along with its long pauses and lengthy silences. This combined with organic editing, melancholic background score by Hans Zimmer and the slow-swinging jazz numbers especially the haunting ditty `Roll Jordan Roll` moves you and binds the tale.

Also, Patricia Noris`s costumes complement the atmospheric resonance. A strong Oscar contender, this film is worth a watch.

`One By Two` Review: Slice of urban life, done up in tasteful shades