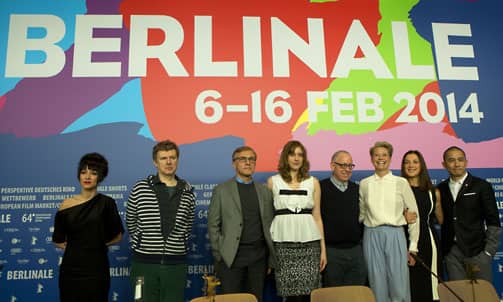 Berlin: A gay 15-year-old`s heartbreak and obsession with the social media make for a gripping tale of how the Internet can drive fragile minds into a dangerous world, in the Filipino film `Unfriend` shown at the Berlin film festival.

Director Joselito Altarejos takes viewers on a nightmarish journey with the film`s hero David, who is jilted by his lover just before Christmas, and turns to the screens of his mobile phone, iPad and computer in a desperate attempt to prolong his connection to the 17-year-old Jonathan.

As his phone calls, text messages and Skype calls go unanswered, David becomes more and more detached from reality, and meanders through the crowds and chaos of Manila with a fatal plan forming in his head.

Altarejos based his film on the 2011 shootings in a Filipino shopping mall of two young male lovers, amateur footage of which later surfaced online and went viral.

"A 13-year-old boy killed his boyfriend and killed himself inside a mall. The video was uploaded on Facebook. I promised myself I would do something about it. I would show people how social media has changed the way we live our lives, how we have become performers, and how social media has also made us voyeurs and exhibitionists," Altarejos told Reuters.

The film has a universal message in showing the dangers that the unfiltered information available online can hold for teenagers - putting them in touch with shady individuals, or informing them how to handle a firearm, for example.

"For young people to have the power to get everything is very dangerous," Altarejos added.

David lives with his grandmother, a kind but distracted woman, immersed in her Catholic faith. Although they can sing karaoke songs together and share tender moments, the generation gap is vast. David`s parents work abroad - compounding his loneliness. Only once do social media become a benign force in the film as it allows David to Skype his mother.

"Most Filipinos have to go out of the country to find work...It is ironic that you want to give your family a better life but at the same time you detach yourself from your family," said Altarejos, whose mother was a maid in the Middle East.

The film shows a world where phones are sold at markets, people buy tiny amounts of phone credit from street stalls and kids bury themselves in shabby Internet cafe booths.

"Wifi is everywhere and free. Some kids skip lunch to buy credits for their phones," said Altarejos.

Sandino Martin, the 21-year-old who plays David, consulted a psychiatrist for help on how to portray his character`s fragile state, and spent time at a high school to see how 15-year-olds used the Internet. What he saw shocked him.

"I got scared when I went back because I felt that `wow` there is a big change and I don`t think in a good way. On the Internet everything is within reach ...it gave me chills."

"I tried searching suicide videos - some of them got one million views! It is just out there and you can watch it free."

Monga-Johar team up for `The Intouchables` remake