To give a recap of the spooky and eerie feelings of the intense horror created by "Fear Files", the drama-documentary horror series is heading back to small screen with its second season "Fear Files - Har Mod Pe Darr", which is touted to double the fear in viewers' mind using a more realistic approach, say the makers. 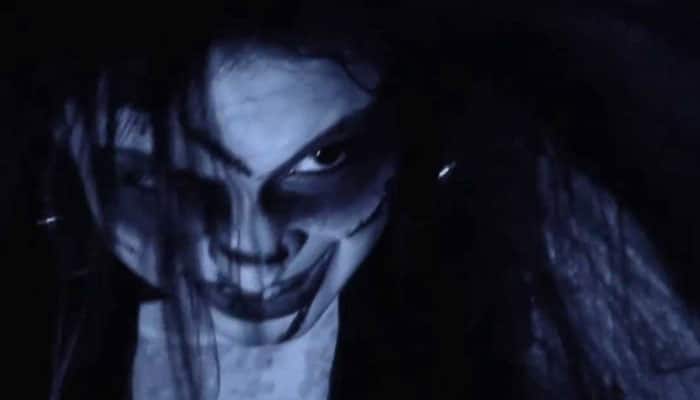 Mumbai: To give a recap of the spooky and eerie feelings of the intense horror created by "Fear Files", the drama-documentary horror series is heading back to small screen with its second season "Fear Files - Har Mod Pe Darr", which is touted to double the fear in viewers' mind using a more realistic approach, say the makers.

As the first season gripped the audience for over 200 episodes by presenting horror with a unique narrative, "Fear Files - Har Mod Pe Darr", which was launched here on Friday, will further raise the bar for thrillers by keeping intact the 'good wins over evil' philosophy.

The show, which will be aired on Zee TV starting April 25, will be told from the distinctive point of view of four producers, who will showcase their respective stories in various episodes.

"We want to show something different to break the clutter on TV. We have an audience for horror genre in India. This time people will co-relate themselves more to the episodes as the scary scenes will not look unreal," Palki Malhotra of BBC Productions, which is co-producing the show, said at the launch.

Asked how the show will survive in the cut-throat business of television, Malhotra added: "Horror genre is totally different from the daily soap genre. The way it is produced is not like any other show on TV. The horror genre is time consuming as you need to keep the authenticity of stories.

"We have come this time with better preparations as it's not easy to scare people nowadays. But 'Fear Files' will not promote any superstition. Horror has nothing to do with superstition.

The launch of "Fear Files - Har Mod Pe Darr", which took place here at a mall, witnessed a 5D teaser of the show, which received warm response from the audience. To increase the horror quotient, mediapersons here were taken to a 'scary house'.

Although the horror genre has not received a great response in recent times in both films and TV, "Fear Files - Har Mod Pe Darr" attempts to garner better viewership with more exhaustive use of technology.

Sukesh Motwani of Bodhi Tree Productions said: "Horror has received huge response across the globe. Though Indian horror films have not received good response in the past few years, we cannot compare it to TV shows because they use everything from love story to humour, action and sex scenes in a horror film, which takes the real horror part out of a project.

While he says they have abstained from focussing much on usual scaring tactics like 'daayan', 'purani haveli' or 'bhoot', they have inculcated the use of "better sounds and visual effects, so that people don't feel it unreal".

"Renowned faces give an unreal feeling in a horror show. But when people see new faces on screen, they start assuming them in the real world," Motwani said.

The weekend show, which is booked for a 10:30 p.m. time slot, will compete with the likes of "Nach Baliye 7", "India's Got Talent" "Crime Patrol" and "Comedy Nights With Kapil".

Is 10:30 p.m. time slot perfect to show a horror show for weekends?

Pradeep Hejmadi, Zee TV business head, said "We have made a whole different texture in our weekend programs with shows like 'Maharakshak Devi', 'Neeli Chatri Wale' and 'DID Supermoms'.

"The only thing which our audience was missing was a thriller show. Mostly teenagers, who look out for edgy content, are awake at this time slot. Bring back 'Fear Files' was the safest idea. So, the audience will love to see a new genre at 10:30 time slot."