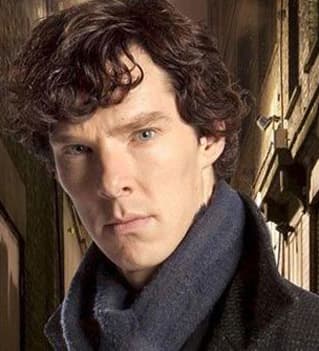 New Delhi: Popular fictional detective Sherlock Holmes turned 160 Monday. Over 25,000 adaptations of the character across stage, films, television, books, comic strips and radio have made it a larger than life character.

The detective, resident of 221 B Baker Street, London, which too is a fictitious address, first featured in novels by author Arthur Conan Doyle.

Currently, the third season of the detective show `Sherlock` is being aired on AXN. Its first episode had almost 10 million viewers, said a statement.

The show stars Benedict Cumberbatch and the actor is surprised with his fan following.

"It’s been incredible. The gob-smacking thing about it is that people who have been icons to me forever, have been coming up to me to say how much they adore it," said Cumberbatch.

"At the Golden Globes, for instance, Ted Danson from `Cheers` came running across the floor and said, `Oh my god, it’s Sherlock. You kill that!` and I’m thinking, `This is all the wrong way round!` It was the same when Meryl Streep told me, `I love Sherlock.` I thought, `That’s so wrong`," he added.

The other most remembered portrayals of Holmes till date include the one by Robert Downey Jr. who played the detective in `Sherlock Holmes` and `Sherlock Holmes: A Game of Shadows`; and Basil Rathbone, who made 14 `Sherlock Holmes` movies between 1939 and 1946. He was the only actor in his time to be commonly identified as Sherlock Holmes in films.

What next after `Bigg Boss`?