Imran, who had made his Bollywood debut opposite Bipasha Basu in ‘Creature 3D’ played Anushka Sharma’s boyfriend in Johar’s ADHM, which ran into trouble for having Pakistani actors on board. 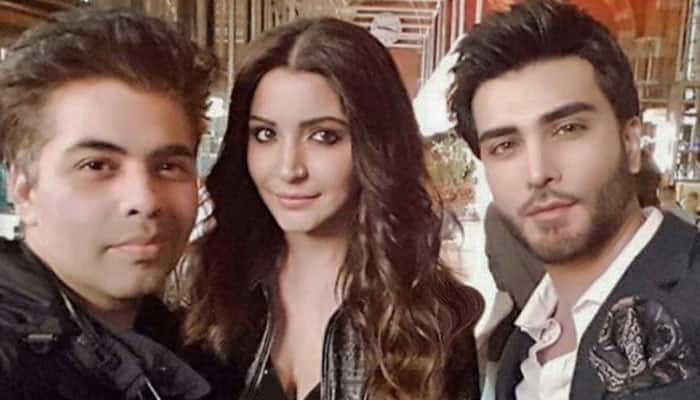 Mumbai: It’s been a week since Karan Johar’s Ae Dil Hai Mushkil starring Ranbir Kapoor, Aishwarya Rai Bachchan, Anushka Sharma and Pakistani actor Fawad Khan released. Interestingly, another actor from the other side of the border – Imran Abbas – was also a part of the film!

Imran, who had made his Bollywood debut opposite Bipasha Basu in ‘Creature 3D’ played Anushka Sharma’s boyfriend in Johar’s ADHM, which ran into trouble for having Pakistani actors on board.

The actor himself took to his Facebook page to admit that a few of his scenes were chopped off from the film but he urged his fans to watch the romantic tale.

Interestingly, he had also rehearsed for the ‘Breakup’ track from the film featuring Anushka and Ranbir.

Here’s a video from his rehearsal session:

Johar’s Ae Dil Hai Mushkil has courted controversy for featuring Pakistani actors. The MNS led by Raj Thackeray had threatened to stall the release of the film after the IMPPA (Indian Motion Pictures Producers Association) urged its members not to engage with talent from the other side of the border following the Uri terror attack that killed 19 Indian soldiers.

Nonetheless, the issue was settled after a tripartite meeting between film producers, the Maharashtra Chief Minister Devendra Fadnavis and MNS.