All Is Well movie review: Only if the script didn't drag it! 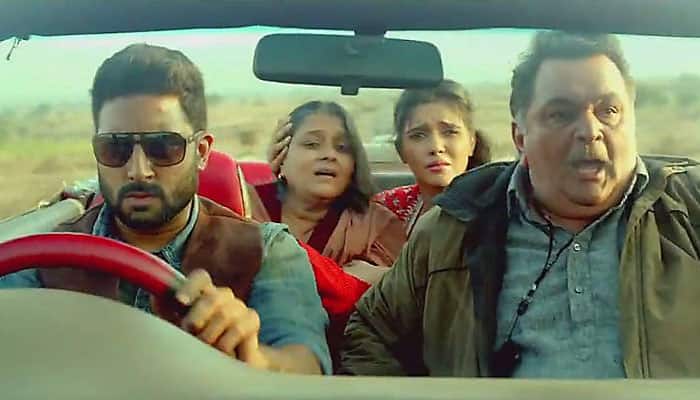 Filmmaker Umesh Shukla is best known for his terrific entertainer 'OMG – Oh My God!'. But if you think ( like I did) that 'All Is Well' will be something similar then you better be ready for an eyewash. The director has tried his best but it is the script which lets it loose.

The story from the first shot tries to establish that the relationship between Rishi Kapoor (Mr Bhalla) and his wife Supriya Pathak (Pammi Bhalla) is rather argumentative. The constant fights between the two leaves a hard impression on their child Abhishek Bachchan's (Inder Bhalla) mind. 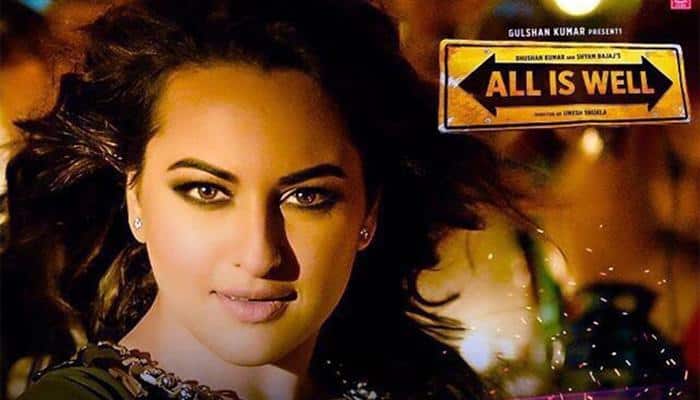 Every time he sees his parents fight and argue in front of him—he finds himself dumbstruck and later on, starts believing that all the couples who marry end up losing out on love post wedding (a concept which runs throughout the film). We are then shown that after a terrible fight with his father, Inder, one day leaves the house.

Cut to Bangkok. He is a struggling musician, who needs money to take out an album. Enter Asin (Nimmi), who loves him but like all brooding types Inder tries his best to avoid her. Now, what are we left with? Wait, the only exceptional character in the tale is Cheema played by Mohammed Zeeshan Ayyub.

He is a local goon, who not only looks funny but his violent acts too turn out to be quite like him. Well, whatever time we get to see Cheema—a laughter can be expected. His Punjabiness mixed with slapstick comedy is something which is digestible in the screenplay.

Full marks to the filmmaker for casting him in a rather different on-screen character. Well, coming back to the plot—there comes a point in the narrative where Inder is compelled to return to his motherland—India (no, I am not revealing why).

The whole journey from there is interesting in bits and parts. The father-son bond between Abhishek and Rishi appeals but had the script been more tight, it would have been a different story all together. Rishi Kapoor is lovable in the role of a loud Punjabi father, who is closely connected to his bakery in Kasol. A class actress such as Supriya Pathak should have been given more dialogues than just screen space, because she too could have played a crucial element in a rather dragging script.

Asin is seen after a long time on-screen, so it feels nice and fresh to see her. The chemistry between Inder and Nimmi is just fine. Abhishek is the modern day Shravan Kumar in the film. Music by Himesh Reshammiya, Amaal Mallik, Meet Bros Anjjan and Mithoon is peppy and a treat to the ears.

There are great comic moments in the film, especially when we see Inder's Maami ji on screen. The cinematographer Sameer Arya has shown the beautiful landscapes of Chandigarh and Kasol, which are a relief to the eyes.

The bigger problem for the viewer is the fact that there is a prominent continuity issue in the film. If in one scene we have Abhishek in a bearded look then in another he is a different person, per say. Reason? Well, the film was short over a period of two years—may be that's where it comes from.

Our verdict? Go and watch it only for the great actors who are in the film. All can be well, if you read this and then go for the 'masala' potboiler!