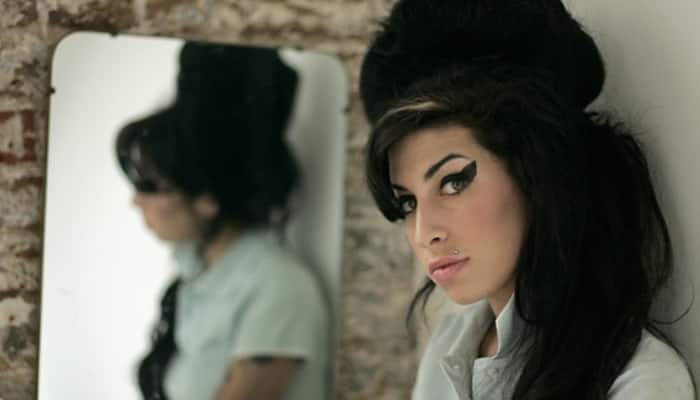 Released under the PVR Director's Rare banner, director Asif Kapadia's documentary "Amy" gives an up, close and personal insight into the short, volatile and dichotomous life of the jazz diva, Amy Winehouse.

While being her own person and true to herself as an artist, she created a niche for herself as a "natural true jazz singer" in a short span of time with a beehive bouffant and soulful, raw sound and street style Jazz music. But she was also cursed with an array of dysfunctional traits that eventually blew up into an inferno of public self-destruction.

This film encapsulates her personal and professional life till her death.

Structurally, the narration is in a linear format, which rolls off with her celebrating her friend's fourteenth birthday at her house and then alternates between her belting jazz songs and flirtatious moments in the cab and elsewhere, revealing her life like the pendulum swing from one extreme to the next.

There is no plot to the narration, just revelations.

Crafted from numerous interviews and loads of archival footage, the film fleshes out a nuanced character portrait from a familiar "Behind the Music" arc: prodigious child from a broken home reluctantly finds fame, then self-destroys, potential unfulfilled, with a hand from enablers in her inner circle, she resurfaces once again only to fail.

The film reveals; how she turned into a rebel after her parents' divorce when she was nine years old and how her songs were an extension of her life, her experiences. "My songs are confessional with a punch," she reveals bluntly.

It also traces; her pining for her father and a "stronger than me" personality in her life, her rocky relationships - including her marriage to Blake Fielder-Civil, a fellow addict who says he introduced her to hard drugs, her binge drinking as well as her largely overlooked bulimia.

While the director avoids definitive finger-pointing, there is enough blame and guilt to go around, with Janis Winehouse, her mother saying, "I was not strong enough to stop her," and her father insisting, "There is no need to go to rehab" and later at another instance saying, "Amy was an adult, who could never be told what she could and could not do."

Visually, there are many unseen before clips and some shot by Winehouse herself, accompanied by vividly candid current-day audio commentary by those who knew her best.

For, instance her ex-husband Blake Fielder Civil, her friends - Juliette Ashby and Lauren Gilbert, her first manager Nick Shymansky, producer Salaam Remi, her security guard and the various studio heads. Sometimes, it feels as if we are eavesdropping on day-to-day conversations rather than just hearing the usual litany of cliches and regrets.

What makes this film exceptional is the candid moments delivered through the brilliantly edited combination of archive footage culled from home-video footage, video cameras, mobile phones, newsreels, paparazzi clips and TV shows. The film is brilliantly layered with fine editing by Chris King, where Amy Winehouse's music is layered over her lyrics in handwritten fonts, which float on screen, creating an illusion of a personal journal telling her tale from start to finish.

Overall, it is a highly engrossing and sensitively told documentary of a life wasted.