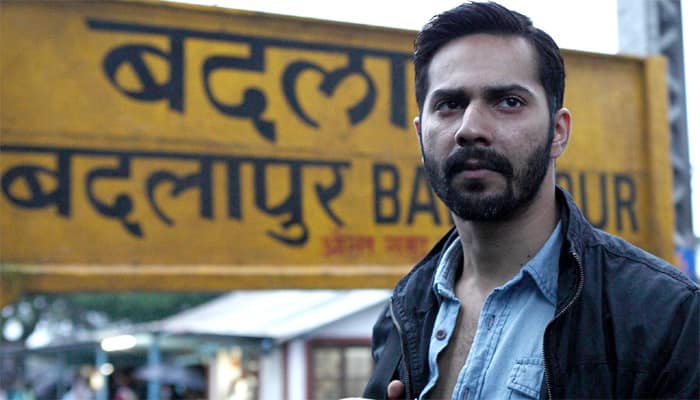 Sriram Raghavan has a reputation of treating a plot in a way that is unlike what one gets to watch regularly in Bollywood, especially his approach. After ‘Ek Hasina Thi’, ‘Johnny Gaddar’ and ‘Agent Vinod’, Raghavan delivers ‘Badlapur’, a saga of vengeance driven by passion to seek justice for the murders of one's loved ones.

The first half of the film is brilliantly put together and makes you eagerly wait for the remaining part.

As the trailer and the title of the film clearly suggested, ‘Badlapur’ is all about revenge and nothing else. And interestingly, the Badlapur, a suburb, a few kilometres away from Mumbai, has been used symbolically to elevate the mood of the film. As we all know is that Badla has dual meaning – one that means 'revenge' and the other 'change'. Both these meanings of the word have been smartly used in the film.

Raghu (Varun Dhawan) is happily married to Misha (Yami Gautam) and has a son. The three make a picture perfect family until Misha and his child fall prey to an ill-fated incident. Bank robbers Liak (Nawazuddin Siddiqui) and his accomplice Harman (Vinay Pathak) shatter Raghu’s paradise into pieces while trying to escape after a bank robbery. Innocent lives of Misha and the child are lost, leaving a happy-go-lucky Raghu so agonised that he refuses to re-assemble himself and chooses to dwell on the path of vengeance.

Liak decides to surrender himself to the police after purposely saving his partner-in-crime, hoping that he would be released soon. But his plan goes awry, when Raghu starts playing his cards shrewdly. Nonetheless, Liak remains tight-lipped about his accomplice's name despite accusing him of murdering Raghu’s wife and child.

And that’s when Liak’s weakness – Jhumli (Huma Qureshi) - enters the scene. Jhumli, who loves Liak, voluntarily chooses prostitution as her profession to earn her livelihood. She acts as a catalyst in Liak’s life apart from his mother (Pratima Kannan), who desperately wants her son to be pardoned by law.

Fifteen years later, Shobha ( Divya Dutta), who runs an NGO approaches Raghu to request him to pardon Liak, who is now ailing from cancer and wishes to spend his remaining life with honour.

Liak’s mother reaches out to Raghu to name Harman as the real culprit. Liak is released at Raghu’s mercy but the latter boards the vehicle of revenge to pacify the agony he has been baring for the past 15 years.

The second half sees a transformation in Raghu's character.

Compared to an intriguing first half, the second half, especially towards the fag end turns sombre. Yes, of course, the filmmaker has tried to make the most of the dual meanings of the term – Badla – but you will wish the climax was a little different than what was served.

As always, Nawaz, will leave you go madly in awe of his impeccable talent. But Varun’s portrayal of Raghu will surprise you too. It was a good decision for Varun to take up a film like ‘Badlapur’ so early in his career, to display the diverse spectrum of his profession as an actor. Just as Nawaz, Huma, will leave you mighty impressed and so will Radhika Apte who plays Harman’s wife Kanchan.

Music by Sachin-Jigar became a huge hit even before one could watch the film. Thankfully, Raghavan didn't make his cast lip-sync any of these tracks. The songs indeed were an integral part of the narrative and the director used them wisely wherever needed.

The film has a steady pace and is in no part a drab. The only thing that may make you ponder is the way Raghu’s character meanders.

There are some intense scenes in the film that bring out the gory sides of a human being, who is forced by circumstances to unearth the beast in him.

If you would like to see different kind of cinema and are a fan of Nawazuddin, then ‘Badlapur’ isn’t something that you can afford to miss. Varun too will surprise you with his mature performance.

Do grab a ticket this weekend to head to ‘Badlapur’.

Wendy McLendon-Covey to star in 'Army of One'