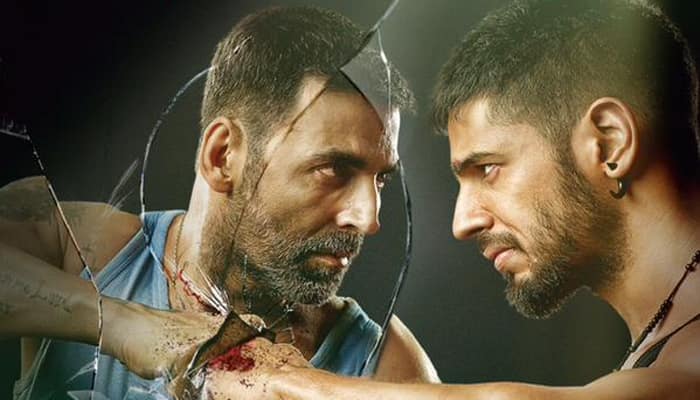 Helmed by Karan Malhotra, 'Brothers', revolves around the family-ties that have gone sour. The hunks-- Akshay Kumar and Sidharth Malhotra hit the big screens with a bang and are seen essaying the role of brothers, David Fernandes and Monty Fernandes respectively, whereas Jackie Shroff plays the father of the two.

The official remake of the Hollywood movie 'Warrior', 'Brothers' is all about sibling rivalry, fights, blood and tears. However amidst the aggression and brilliant fight sequences, it carries an emotional plot along. A piece of advice—don't expect this Bollywood film to be on the lines of the Hollywood classic (take it as an independent one).

Jacqueline Fernandez, who essays the role of David's wife, comes as a surprise, as her character Jenny Fernandes is soft, timid and promising. Unlike her previous roles, Jacqueline convincingly pulls off a pleasing character of a street fighter's wife. With a lot of punches and bruises, Akshay remains the 'hunk-punch' in the movie. Breeding in his martial art finesse, he comes out unwrinkled. 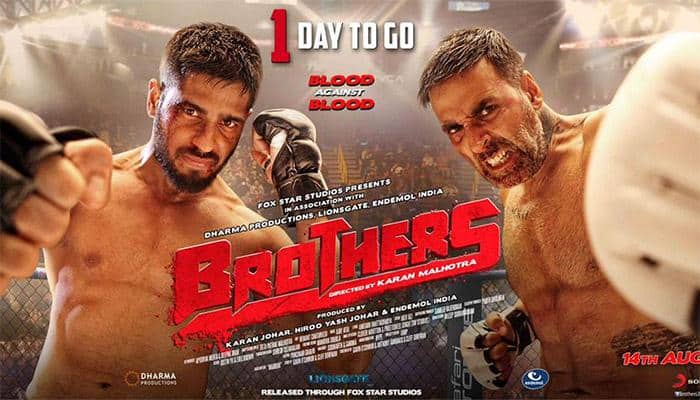 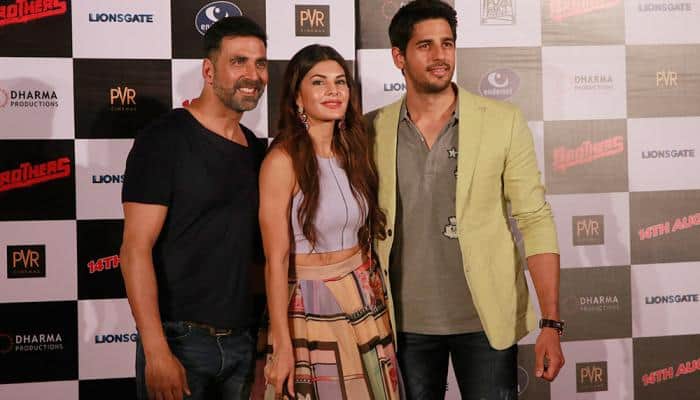 The actor who stole the lime-light was undoubtedly, Jackie Shroff (Gary Fernandes), who has nailed it and carried the movie on his shoulders, with an effortless and maddening act. Watching the veteran actor cruising majestically through the plot is more than a treat.

Jackie, not only holds each emotion right but wears the skin of his character pore-by-pore. Donning the countryside, jagged look, Shroff steals the show with much ease. His concentrated act will grip you tight as long as the camera pans across his heavy character.

Unfortunately, there is little hope for Sidharth Malhotra's fans, as he is not so prominent in the film. His character hits the first dialogue only in the last few minutes of the flick.

Sidharth carried the perfect look of a street fighter and his robust body makes the required impact. But his character is nearly mute and effect-less.

The script takes a dip towards the end of an hour. It's loose in bits but outshines with the incredible music power. Perfectly toned in terms of songs, the movie's music is soulful and enthralling.

Music director Ajay-Atul have done a fantastic job with the background scores throughout the movie, uplifting each scene.

Adding the much needed- Bollywood masala, Kareena Kapoor Khan will sweep you off your feet with her item number 'Mera Naam Mary'. The sizzling Kapoor's item number was not required but then, item song lovers cannot complain.

The movie that balances two moods-- emotions and fights, comes in unison with the binding of the perfect music sequences.

While blood and sweat masks the family ties, supporting cast will not go unseen.

Shefali Shah who plays the role of Maria Fernandes, David's mother has done justice to the short role. Not to miss the thump, Ashutosh Rana lighted up the screen with his acting prowess.

The movie is stretched a bit towards the end but the world class fights and the much awaited 'Right to Fight' championship between the blood brothers keeps you on the edge.

The fight scenes will make you go 'Whoa' as the moves are heavy and emotion-packed. Not letting out the plot, but Akshay's one leap over the shoulder of his opponent, and dusting him down in the wrestling ring will make you fall in love with him all over again.

Making the soft hearted audience a bit teary towards the end, 'Brothers' wraps up on a positive note, well, yes the typical Bollywood style. It's dragging climax makes you a little weary, and that is a major setback.

This monsoon weekend, go grab a ticket and watch some incredible acting with a hint of breathtaking fight sequences.